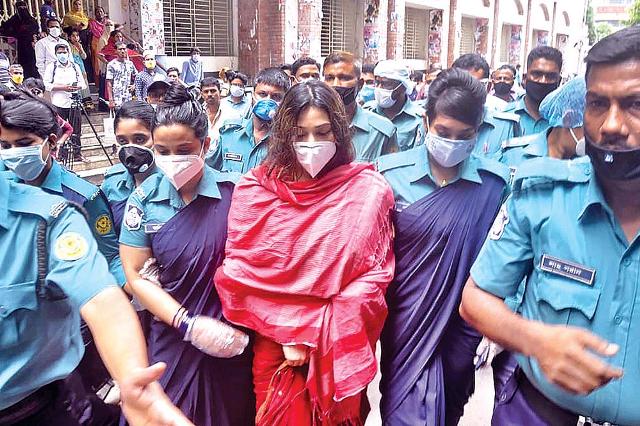 He said Sabrina possesses two NIDs which is a crime as per law. Action will have been taken against the defendant, said in the case.

The EC found that Sabrina became voter for the second time with the reference of an influential person. The EC thinks that she became voter twice with ‘ill motivation.’

However, the EC official concerned who investigated Dr Sabrina’s two NID cards with the EC’s database declined to disclose the name of ‘influential’ person.

It is learnt that the ‘influential’ person was the head of a government organisation when he recommended Dr Sabrina for collecting the second NID card. He is not in that post now as his tenure has already expired.

According to the commission, Dr Sabrina currently has two national identity cards in circulation. The name “Sabrina Sharmin Hossain” is mentioned on both the cards, however, the Bengali spellings of the names are different.

On both the NIDs, her father’s name is the same but her mother’s name is Kishore Jasmine on one card and Jasmine Hussain on the other. Similarly, her husband’s name is RH Haque on one and Ariful Chowdhury on another.

Sabrina’s birth year is also different on the cards — 1978 and 1983. Her permanent and present addresses on one card is Mohammadpur PC Culture Housing and Badda, Pragati Sarani in another. Her profession is different as well-doctor and government official. However, the signatures on both are the same.
According to the EC’s database, Sabrina registered her first NID in the update list of 2016 and the second one in the new voter list.