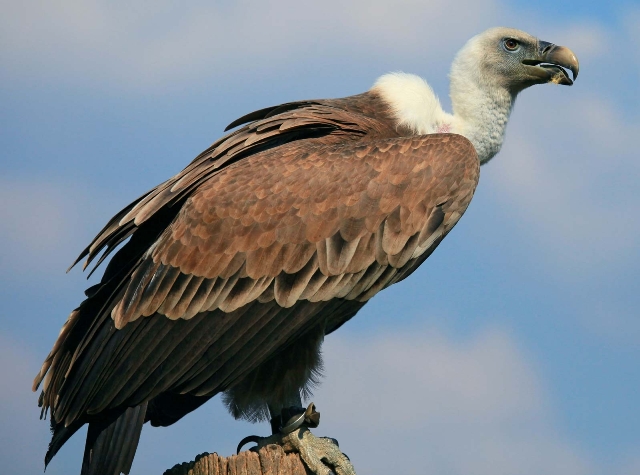 Online desk : Vulture, also known as the cleaner of nature, is now an endangered animal in Bangladesh. They are specialised scavengers feeding on the carcasses of dead animals. They are a key component to maintaining healthy ecosystems. They keep the environment clean and free of contagious diseases. But it has now become a rare incident and this species is facing the danger of extinction.

The International Vulture Awareness Day will be observed across the world on Saturday.

Vulture is ecologically vital one. By ridding the ground of dead animals, vultures prevent diseases from spreading to humans and animals.

The bird can eat and digest the germs of about 40 diseases including Anthrax.

Manarul, a farmer living in village Monhorpur beside the Padma River, said, “We used to see dead cows were floating in the river and vultures eating them. But there are no vultures here now-a-days. As a result, environment is facing pollution.”

Save the Nature Chapainawabganj activist Rabiul Hasan Dollar said, “People began to use diclofenac sodium as the pain killer medicine for cattle about three and a half decades ago. If a vulture consumes dead animal injected with diclofenac sodium, it has no other option to survive but to die. The matter came to light in 2003 and then it was prohibited in areas inhabited by vultures.”

He called upon the authorities concerned to declare Babudying area as the sanctuary for birds.

Jahangir Kabir, inspector of wildlife section of forest department in Rajshahi region, said Bangladesh government and the International Union for Conservation of Nature (IUCN) has jointly taken an action plan to conserve and increase vulture population.

“The government set up a vulture safe and rescue centre in Dinajpur, and declared few areas in the country as the sanctuary for vultures to save the species from extinction,” he added.