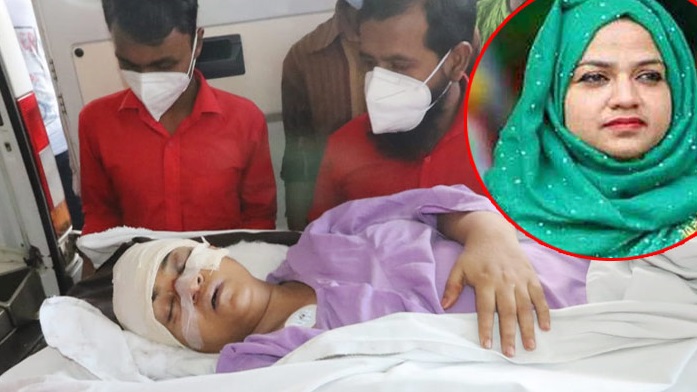 He said interrogation of three arrested Jubo League leader and workers are going on.

Abu Bakar Siddique said the RAB would inform the media about the entire incident at 7:00pm.

Dinajpur Ghoraghat UNO Waheeda is now undergoing treatment at National Neuroscience Institute and Hospital in Dhaka after unidentified assailants broke into her official residence in the upazila town in Dinajpur and attacked her, leaving her with a serious head injury early Thursday.

Her father was also injured in the attack. They were first admitted to Rangpur Medical College and Hospital for treatment.

Later, the UNO was airlifted from Rangpur to Dhaka by a Bangladesh Air Force MI-171SH helicopter. She was admitted to the National Institute of Neurosciences and Hospital, Dhaka.