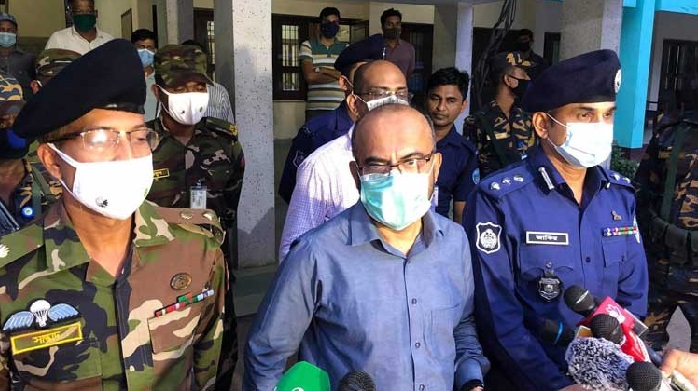 Online Desk : The inquiry committee formed by the Home Ministry to probe the killing of Major (Retd) Sinha Mohammad Rashed Khan in police firing has completed its investigation.
The committee will submit a 80-page inquiry report containing 12 recommendations on Monday.

It was stated by head of the inquiry committee and Chattogram additional divisional commissioner Mohammad Mizanur Rahman while addressing a press briefing held at Hilltown Circuit House in Cox’s Bazar on Saturday evening.

“We’ve mentioned about the causes of incident in our report. We’ve also made recommendations so that such incident doesn’t occur in future,” he said.

Committee member Lt Col Sajjad said the killing of Major (Retd) Sinha Mohammad Rashed Khan hurted the conscience of all. Being the member of law enforcing agencies, an individual must show respect to law and demonstrate professionalism. They should also maintain chain of command.

“We should not turn into violators of law pledging to protect the law. The government has placed its trust on us providing arms. We must prove our sincerity to protect that trust at any cost,” he said.

Lt Col Sajjad also said, “We should be very cautious so that the government arms can’t turn law enforcers into monsters.”

It was told at the briefing that the committee that all the process has been completed to submit the report to the Home Ministry.

The Home Ministry formed a three-member inquiry committee with Cox’s Bazar additional district magistrate Md Shajahan Ali as the head on August 2 last to investigate the killing of Major (Retd) Sinha Mohammad Rashed Khan in police firing at Baharchhara in Teknaf at night on July 31 last.

But, the inquiry committee was reconstituted on the following day. Chattogram’s additional divisional commissioner (Development) Mohammad Mizanur Rahman was made the head of the committee.