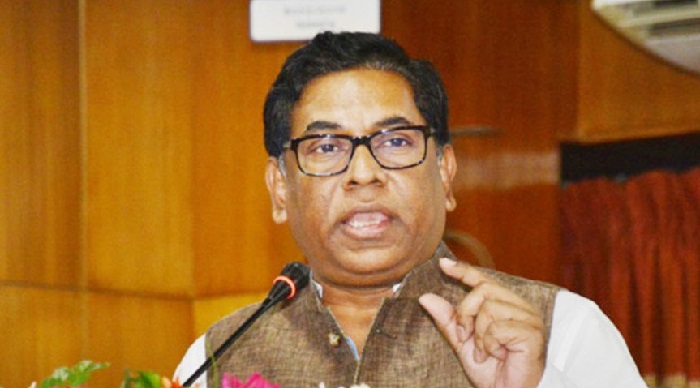 Online Desk : Titas Gas Transmission and Distribution Company Ltd (TGTDCL) has formed an inquiry committee to probe causes behind the explosion in a Narayanganj mosque that has left 17 people dead so far.

The committee has been asked to submit report within the next five working days.

Besides, the Ministry of Power, Energy and Mineral Resources has directed the authorities concerned to examine the electricity connections and airconditioners at all mosques, temples, churches and pagodas under the power distribution companies.

In a message of condolence on Saturday, the state minister prayed for the eternal peace of the devotees who died in explosions at Baitus Salat Jame Masjid in Paschim Tolla of Narayanganj on Friday night.

He also sought quick recovery of those who were injured in the explosion and conveyed his deep sympathy to the members of the bereaved families.

Titas Gas Transmission and Distribution Company Ltd (TGTDCL) has already said that it has formed a five-member committee headed by the company’s general manager Abdul Wahab to investigate the causes behind the explosion.

During the Esha prayer Baitus Salat Jame Masjid in Paschim Tolla of Narayanganj on Friday night, six ACs inside the mosque were exploded simultaneously, Seventeen people have so far succumbed to their burn injuries at Sheikh Hasina Burn and Plastic Surgery Institute. Following the incident, 37 people with multple burn injuries were admitted to the institute. Doctors at the institute said that condition of most of the burn injured patients was critical.

Devotees were at prayers when the blast sent a ball of flames through the mosque in Narayanganj.
Investigators suspected a spark from an air conditioner — which came on after a power cut — set off the gas.
“Leaked gas entered the mosque,” Narayanganj fire services’ chief Abdullah Al Arefin said.

“When they shut the windows and doors and switched on the air conditioners there was an electricity spark that led to the explosion inside the mosque.”

Quoting the local sources, Fatullah Police Station officer-in-charge (OC) Aslam Hossain said more than 100 devotees were offering Esha prayer during the explosions. The injured were first rushed to Narayanganj’s Victoria Hospital. Later, the critically injured patients were sent to Dhaka. Of them, 37 were admitted to Sheikh Hasina Burn and Plastic Surgery Institute.

None of the injured patients is out of danger, said Burn Institute’s coordinator Professor Dr Samnta Lal Sen.
He said he talked to the prime minister in this regard. The prime minister expressed profound shock and directed to make allout efforts to save the lives of injured devotees.

Meanwhile, Narayanganj deputy commissioner Md Jasim Uddin has announced Tk 20,000 to each of the victims families for burial of the deceased and Tk 10,000 for each of the injured patient.