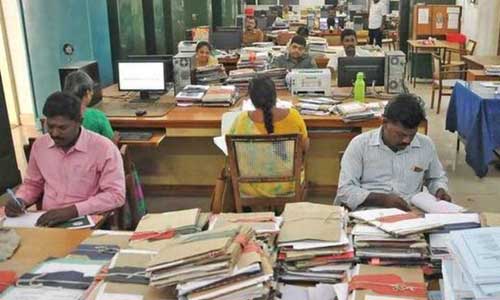 Online Desk : The Cabinet Division has sent a letter to the Law and Justice Division asking not to take cases against any government official without prior permission.
The letter, sent on Tuesday, cited that suing government officials could hamper the maintenance of law and order and crime prevention at the field level.

Copies of the letter were also sent to the PM’s Principal Secretary, secretaries of all ministries, all divisional commissioners and deputy commissioners.

The government has given the direction following filing of two cases against six government officials, including Madaripur Deputy Commissioner Rahima Khatun, by two contractors for burning four dredgers and vandalizing eight machines recently.

Madaripur Senior Judicial Magistrate Court accepted the case and asked the PBI to submit a report after investigating the matter.

bdnews24.com adds: The Cabinet Division pointed out that under the Code of Criminal Procedure 1898, a judge, magistrate or government employee may not be sued for any action taken in the performance of their duty without the prior approval of the government.

“Section 1 of the Judicial Protection Act 1850 states that a judge, magistrate or collector cannot be held personally responsible for the verdict they give or for the actions taken in the course of the judicial process. No case can be filed against them in a civil court.”

The legislation and rules play an important role in ensuring that the rule of law is upheld through proper decision-making, grounded in honesty and integrity, according to the cabinet division.

“Recently it was noticed that deputy commissioners, district magistrates, collectors, Upazila Nirbahi officers, executive magistrates and other government officials were held personally liable for performing their official duties and named in cases,” it said.

“In some cases, the requirement of prior permission from the government was ignored. This is hindering law and order, crime prevention and control at the field level. It is affecting the work to prevent encroachment of water bodies, government assets and also hamstrings the eviction drive against illegal encroachment.”

An aggrieved person may seek recourse from the higher administrative authorities or legal authorities for any government action or decision that affects them, the letter said. Where a government official is found to be misusing the law, abusing power or obstructing the basic rights of others, the affected people may seek justice from the High Court.

“Under the circumstances, the authorities are requested to ensure that the government’s permission is taken before accepting a criminal case against judges, magistrates and government employees which holds them personally liable for discharging judicial or government duties.”