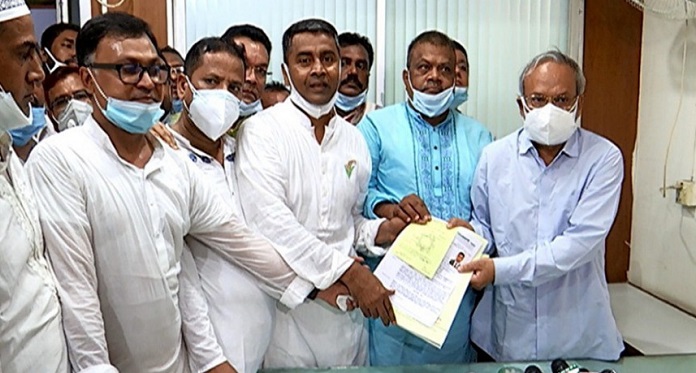 At that time, BNP senior joint secretary genera; Ruhul Kabir Rizvi said their party is taking part in the forthcoming by-elections as part of its movement to “protect democracy in the country.”

The BNP nomination seekers for the by-elections went to the party’s central office along with hundreds of workers. Without observing the health guidelines, workers and supporters of the party thronged the BNP central office premises. At that time, the BNP nomination seekers said they would win the by-elections if voting takes place in the ‘free, fair and impartial manner.’

About the participation in the by-election, BNP leader Ruhul Kabir Rizvi said none would be allowed to score goals in an empty field. BNP would try its best to win the by-polls.

Interview of the BNP nomination seekers will be held at 5:00pm on Saturday at the BNP Chairperson’s political office at Gulshan in the capital.