UNO Waheeda’s office employee carried out attack on her: Police 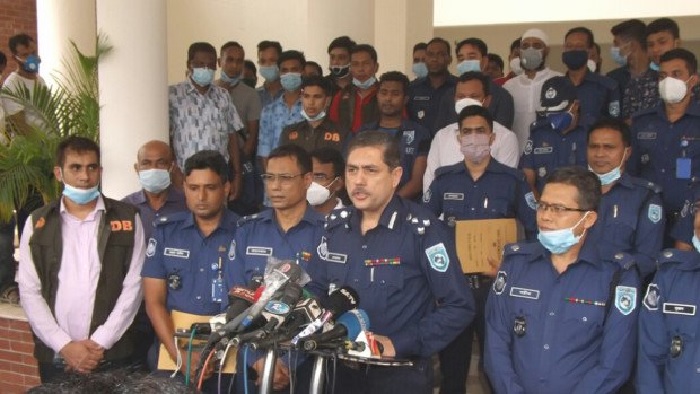 “Rabiul Islam confessed his involvement in the attack during initial interrogation. He was suspended from his post over stealing Tk 50,000 earlier,” said Deputy Inspector General (DIG) for Rangpur Range of Police Devdas Bhattacharya at a briefing at Dinajpur ASP’s office in the afternoon.

“Based on information obtained from Rabiul, we have recovered some evidence. Similarities between Rabiul’s speech and the CCTV footage were also found,” said the DIG.

He further said police is working relentlessly after the attack incident on the UNO. “We will pray to the court seeking to place Rabiul on remand for further interrogation.”

Rabiul and prime accused Asadul were produced before the court after the briefing.

Miscreants stormed the duckbunglow of Ghoraghat UNO Wahida Khanam around 3am on September 3 breaking the window grills.

After entering the house, the gang hacked and hit UNO Wahida, 35, and her father Omar Ali, leaving them critically injured.

The UNO was airlifted to Dhaka by an air ambulance the same day.

She was admitted to the National Institute of Neuro Sciences and Hospital where she had undergone an operation at night on September 3.