Couple among 3 hacked dead in Narsingdi 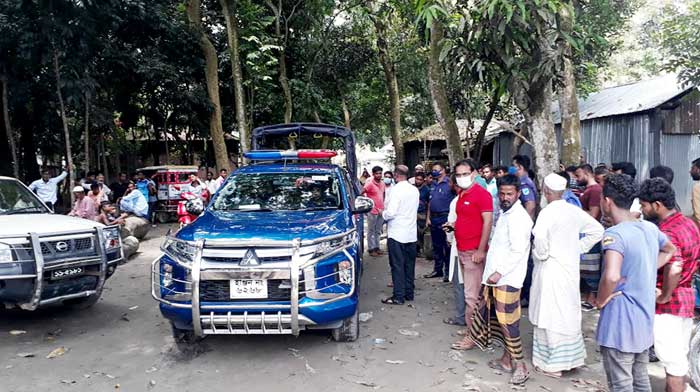 Online desk : Three people including a couple were hacked to death at Shibpur upazila in Narshidi district early Sunday.

The deceased were identified as Nazma Begum, 45, wife of Badal Mia; and Tajul Islam, 58, and his wife Monwara Begum, 45.

Badal along with his wife lived in a rented house at Kumradi village in the upazila.

Police sources said Badal Mia hacked his wife around 4 am after an altercation that occurred between them.

Their 18-year-old son Nadim also received injuries when he tried to save his mother.

Hearing screaming, as the house owners –Tajul Islam and his wife Manwara Begum—rushed there, he also hacked the couple indiscriminately.

The injured were rushed to a Narsingdi Sadar Hospital where the on-duty doctor declared Nazma and Monwara dead.

Taijul was shifted to Dhaka Medical College Hospital where he succumbed to his injuries.