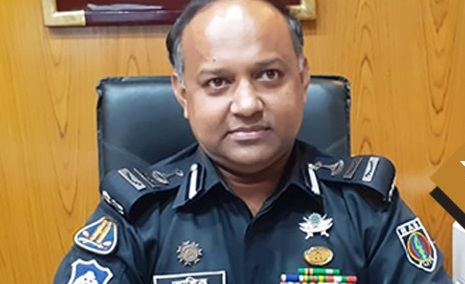 Meanwhile, the elite force has found information about money laundering by Abdul Malek.

The anti-crime force arrested Malek from Turag area on September 19 last and recovered a foreign-made pistol, a magazine, five bullets, and counterfeit notes worth Tk1.50 lakh from his possession.

The RAB official said, being informed, they started investigation against Malek, a Class III employee of the DGHS, as he amassed huge wealth amounting crores of taka through illegal means.

The investigation found that Malek owns three multi-storey buildings in Dhaka, 24 flats, a dairy firm within 15 kathas of land and some other properties, worth over Tk 100 crore.

During the preliminary interrogation, Malek admitted his involvement in doing transfer business for earning money… He also said land properties in capital’s Hatirpool and Turag areas are from his ancestral assets, Lt Colonel Ashique added.

It is known that Malek passed only Class VIII and joined the Savar Health Project as a driver in 1982.

Subsequently, he embezzled a huge amount of money and assets doing business of firearms and counterfeit notes.

On October 22 in 2019, the Anti-Corruption Commission (ACC) summoned him for his alleged involvement in siphoning off several crores of taka abroad.

RAB has, however, handed over Malek to Turag police.

Meanwhile, a Dhaka court put him on seven-day remand for quizzing him more as police produced him before the court