Man calls police after killing friend to cook-up the murder 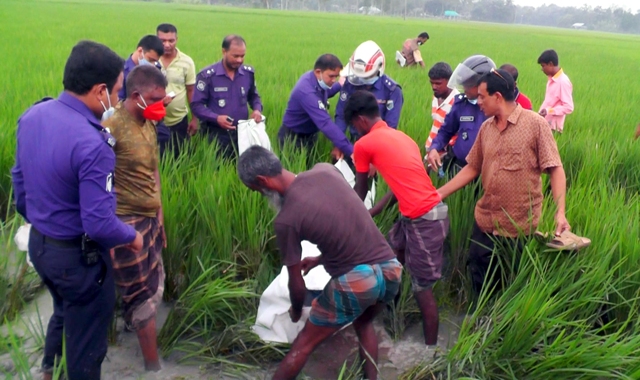 Online Desk : A man phoned police after stabbing his friend to death in Bogura district to cook-up the incident as a snatching one.

The incident took place at Jhurgasa area under Sherpur upazila at night on September 29.

Police recovered the body of easy bike driver Minhaz Sheikh, 22, from a paddy field at noon.

According to police, Rabbi, a resident of Bishwaharigasa village under Dhunat upazila, riding on easy-bike went out with his friend for a trip at Awlakandi village on Tuesday afternoon. He then fed his friend Minhaz a soft drink after mixing 10 sleeping pills with it and stabbed him to death when lost his sense.

“Rabbi then called national emergency number 999 and informed police that muggers snatched the easy-bike after killing his friend, and leaving him injured also. Police then asked Rabbi to lodge a GD with the police station. At one stage of interrogation at Sherpur Sadar Circle office, Rabbi confessed his involvement in the killing,” said police.

A team led by superintendent of police Md Ali Ahsraf Bhuyian then went to the spot and recovered the body following the information obtained from the accused.

Additional superintendent of police Md Gaziur Rahman said Rabbi murdered his friend in a planned way to snatch his easy-bike.

A case has been filed in this regard with Sherpur Police Station.