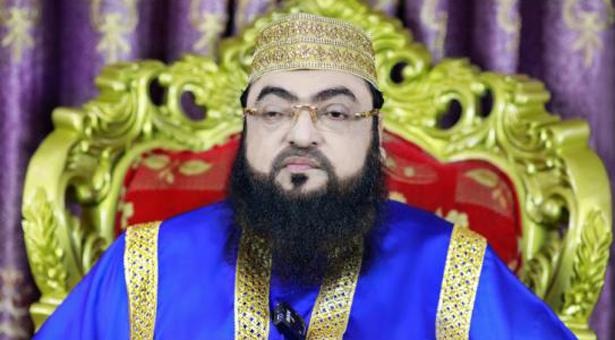 Online desk : Dewanbagh Dar Sharif’s Pir Dewanbagi was buried beside his wife grave at Babe Madina Dewanbagh Sharif behind Bangladesh Bank at Motijheel in the capital on Tuesday afternoon.

Earlier, his namaj-e-janaza was held at Babe Rahmat at Arambagh. Following the janaza, he was given a guard of honour as valiant freedom fighter.

Before the janaza, Motijheel Zone’s ADC Enamul Huque told reporters that late Pir of Dewanbagh Sharif Syed Mahbub-e-Khoda Dewanbagi will be accorded a guard of honour before his burial for his contribution to the War of Liberation.

In a press release, Dewanbagh Darbar Sharif’s director Dr Arsam Kudrat said Dewanbagi Pir fought against the Pakistani army as the No. 3 Platoon Commander during the War of Liberation in 1971. Following the war, he worked as a religious teacher in the Bangladesh Army’s 16 Bengal Regiment. Later, he established a total of 11 darbars and over 100 khankas in different countries of the world including Bangladesh.

Pir of Dewanbagh Sharif Syed Mahbub-e-Khoda Dewanbagi died at a city hospital on Monday. He was founder of Dewanbagh Darbar Sharif at Arambagh. He came under strong criticisms for his various controversial remarks.

Syed Mahbub-e-Khoda was born on December 14, 1949 at Ashuganj in Brahmanbaria. He studied up to Fazil at Talsahar Karimia Alia Madrasa there.