No worry, Bangladesh will get vaccine timely: FM 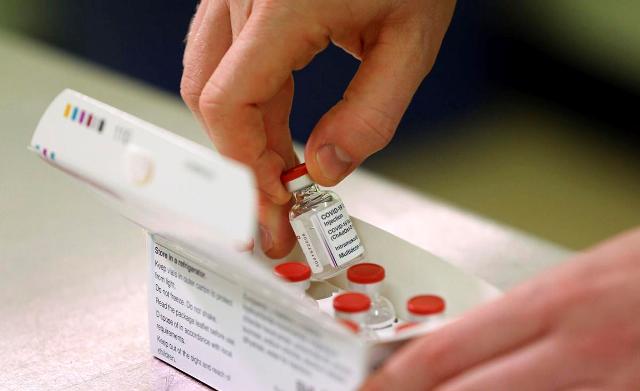 Online desk ; Foreign Minister Dr AK Abdul Momen on Monday cleared the confusion about timely delivery of COVID-19 vaccine to Bangladesh saying it will get vaccine from India timely.

“Decision has been taken at the highest level and that would be implemented. Nobody has to worry or get panicked,” he told reporters sharing the updates they received from the Indian Ministry of External Affairs.

Dr Momen said they talked to the Indian External Affairs Ministry and the Indian High Commission in Dhaka once they came to know about a media report, UNB reports.

He said Bangladesh and India will get the vaccine at the same time. “Bangladesh must not be concerned as commitment has been made at the highest level. Nothing to worry.”

The Foreign Minister said the regulatory process on vaccine approval in Bangladesh remains pending which will be done soon.

Responding to a question on when vaccine will be available, Dr Momen hoped to get it by this month.

Asked whether the government is thinking of any alternative, he said they are exploring various aspects.

The Foreign Minister said the statements made by the Serum Institute of India (SII) CEO were premature which is not the policy of the Indian government.

Reiterating the highest priority India attaches to Bangladesh under India’s Neighbourhood First Policy, Prime Minister Narendra Modi, during a Summit meeting with Prime Minister Sheikh Hasina on December 17 last year, assured that vaccines would be made available to Bangladesh as and when produced in India.

Both leaders also noted the ongoing bilateral collaboration between the private sector in this area.

The two countries exchanged views on the situation of the ongoing COVID-19 pandemic in their respective countries and expressed satisfaction at the manner in which sustained engagement between the two countries has been maintained during this ongoing crisis.

Earlier, Beximco Pharmaceuticals, the local partner of Serum Institute of India (SII), on Monday assured that Bangladesh will get the agreed amount of vaccine doses on time as per agreement.

Quoting a communication with Beximco, an official said the statement made on Sunday will not impact on the deal with Bangladesh.

Bangladesh is on a priority list as a result of Prime Minister Sheikh Hasina’s diplomatic efforts, the official said.

Apparently confusion around amid a recent statement from Serum Institute, India (SII) whereby they stated that they will export the Oxford-Astrazeneca Covid-19 vaccine only after fulfilling their domestic demands in India.

Bangladesh has signed a deal with SII and Beximco for receiving 30 million doses of the said vaccine by the end of January or early February.