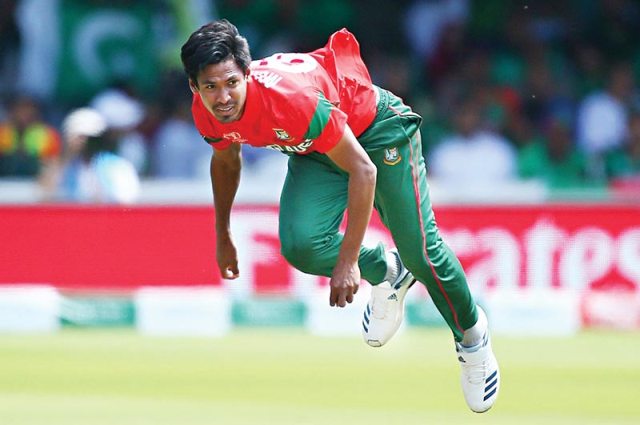 Online desk ; Bangladesh pace sensation Mustafizur Rahamn was placed in the platinum category, the highest level of the Players’ Draft of Pakistan Super League (PSL).
He is the only Bangladeshi player to be placed in this category alongside the top players of the world, reports BSS.

The players’ draft of the sixth edition of PSL will be held in Lahore on January 10. The tournament organizers released the list of players for the Players’ Draft on Tuesday. On Sunday, the six participating teams will sort out their teams from this list.

In the Platinum category, left-arm pacer Mustafizur is with T20 stars like Chris Gayle, Evin Lewis, Rashid Khan. The teams will complete the trade between themselves before the draft. They will be able to retain a maximum of eight players from the squad of the previous season.

This year’s PSL event will be held in February-March. Due to the busy schedule of international cricket, many world stars may not be available in this tournament. Again many will play a few matches.

Mustafizur however will not be able to play the entire tournament as Bangladesh’s Test series against West Indies will continue till mid-February. Later, the Bangladesh team is scheduled to tour New Zealand.

Earlier, the Cutter Master played PSL for Lahore Qalanders in the 2016-17 season. During that period he could play only five matches, where the left-arm pacer took four wickets at an economy rate of 8.43.

Apart from Mustafizur, Shakib Al Hasan, Mahmudullah Riyad, Tamim Iqbal, Anamul Haque Bijoy and Mushfiqur Rahim have played PSL before. Tamim also played in the last edition of PSL. Although his team played in the final, the current ODI captain of Bangladesh couldn’t win the title for his team.