Schoolgirl who dies of rape will be buried in Kushtia 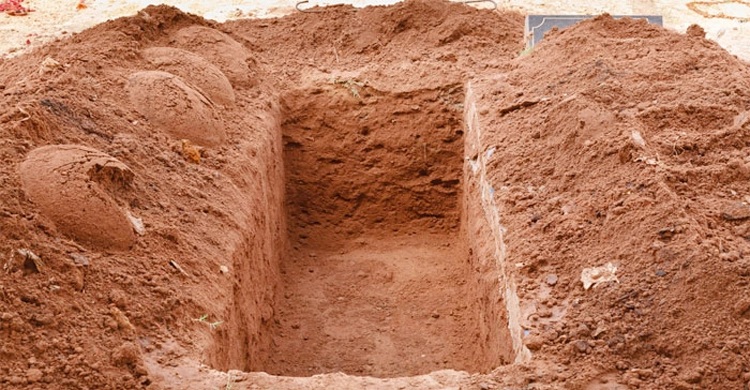 Online Desk ; Mastermind School’s ‘O’ level student Anushka Noor Amin, who died due to rape will be buried at their family graveyard at Kamlapur Eidgah Maidan in Piarpur of Kushtia district.
Anushka will be laid to rest beside her grandfather and grandmother’s graves. Family members have already left Dhaka for Kushtia with her body.

Schoolgirl Anushka’s father Mohammad Al Amin told media that Anushka’s namaj-e-janaza will be held after Fazr prayer at Kamlapur Eidgah Maidan on Saturday. Later, her body will be laid to eternal rest beside her grandparents’ graves.

Tanveer Iftekhar Dihan, the lone accused in murder after rape of an English-medium school student at Kalabagan in the city, gave confessional statement under Section 164 to a Dhaka court on Friday afternoon.

Since Dihan himself agreed to give confessional statement, the investigation officer didn’t plead to the tribunal to place the accused on remand. He was later sent to jail.

Investigation officer of the case AFM Asaduzzaman mentioned in his report that at about 12:00 noon on Thursday, the accused took the victim to his flat at Dolphin Golli in Kalabagan alluring Anushka over mobile phone. Then the accused Dihan raped Anushka several times getting her alone in his flat. At one stage of the inhumane rape by the accused, the victim’s vagina and rectum were fractured and she started bleeding profusely. As the victim fell sick, the accused drove her to Anwer Khan Modern Hospital to divert the incident where she succumbed to her injuries. The incident was proved in preliminary investigation. Besides, the accused confessed his involvement in the rape.

After recording the statement of accused Dihan, magistrate Mamunur Rashid fixed January 26 for submitting the report.