Miller thanks Bangladeshis for support during difficult time 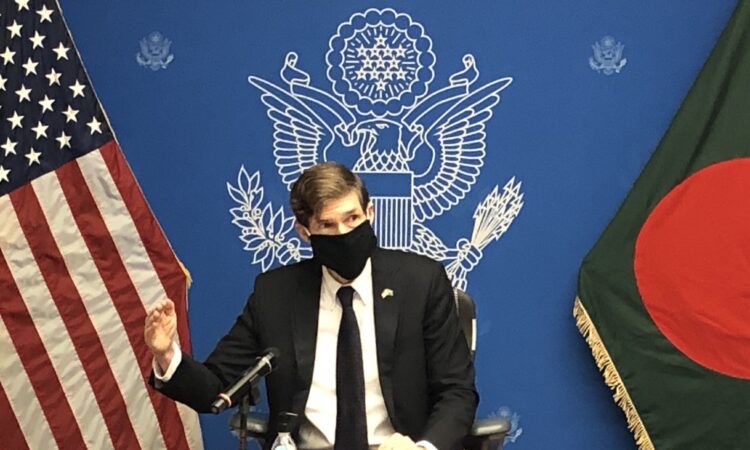 Miller said those who committed violent, criminal acts of terror against their democracy are being arrested and will be held accountable in accordance with the rule of law.

Despite the reprehensible events which unfolded in Washington, D.C. the United States Congress completed its constitutional duty and affirmed the lawful election of Joseph R. Biden, Jr. as President-elect and Kamala D. Harris as Vice President-elect, he said adding that they will be sworn into office on January 20, 2021.

Ambassador Miller said the story of every democratic nation is the struggle, imperfect and ongoing, to live up to their founding ideals.

“Democracy is tested. Sometimes we stumble. But through the work of committed citizens, we get back up, always striving to live up to the principles we cherish,” he said.

“In America, we do so again. And together we recommit to charting a path forward of justice, lawfulness and respect for each other and the nation we love,” said the US Ambassador.

Twitter has long given Trump and other world leaders broad exemptions from its rules against personal attacks, hate speech and other behaviors.

But in a detailed explanation posted on its blog Friday, the company said recent Trump tweets amounted to glorification of violence when read in the context of the Capitol riot and plans circulating online for future armed protests around the inauguration of President-elect Joe Biden.

The social platform has been under growing pressure to take further action against Trump following the Wednesday violence.