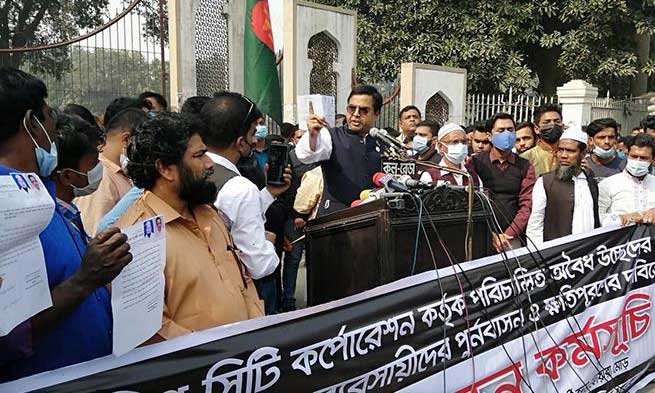 “Taposh has been campaigning against corruption since taking oath as the city mayor. I will tell him, the story of fries does not suit in the face of big fish. If you want to build a corruption free administration, first make yourself free from corruption. Then look at the fries,” said Khokon while addressing at a programme in front of High Court area in Dhaka.

“Taposh has transferred hundreds of crores of taka to Modhumoti Bank Limited. He is still taking the profit from those institutions and persons he invested. On the other hand, the DNCC failed to pay monthly salaries of its poor staff for want of money. So many development projects of the City Corporation have been closed due to lack of money,” Khokon said.

He said that the eviction drive carried out by the city corporation at Fulbaria Market is totally illegal.

Earlier, as per the board meeting of the city corporation, its engineering department revised the structure of Fulbaria Market and Department of Revenue gave permission to the traders to run their business legally taking 7-8 months rent from them.