Bangladesh likely to be graduated from LDC status in February 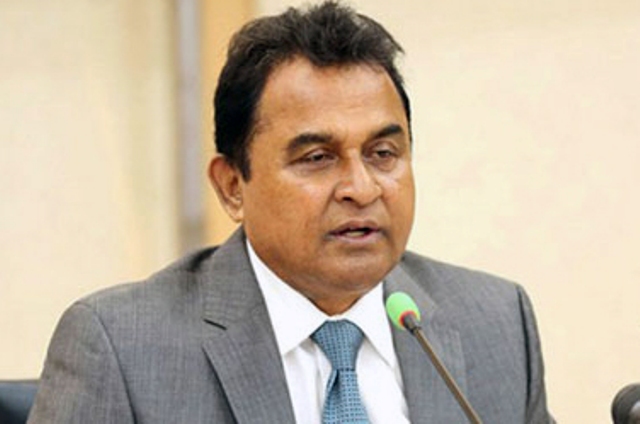 Online desk : Bangladesh is likely to be graduated from the least developed country (LDC) status in the next triennial review meeting of the UN Committee for Development Policy (CDP) in February this year, said Finance Minister AHM Mustafa Kamal on Wednesday.
“We hope that we’ll graduate from the LDC status and thus march towards a developing nation,” he said.

Bangladesh is going to get recommended for the 2nd time for fulfilling the criteria of graduating from the LDC status in the triennial review meeting of the UN-CDP to be held in February 2021.

Kamal said upon fulfillment of some criteria, the UN CDP in a triennial review meeting give recommendations for graduation of a country to an upper level from the lower level.

He said if a country could pass two consecutive assessments by the UN CDP, then it gets recommended for graduation.

Bangladesh was recommended for LDC graduation by the CDP in its triennial review in 2018 as the country met the graduation criteria in Gross National Income (GNI) per capita, Human Assets Index (HAI), and Economic Vulnerability Index (EVI), he added.

The finance minister said if Bangladesh could fulfill all the three criteria in the 2nd review or assessment in February, then the country would be able to come out of the LDC bloc and thus move towards the next stage.

“We’re hopeful that we’ll overcome the 2nd assessment through fulfilling all the three criteria and move towards the upper tier…….We hope we’ll graduate from the LDC status,” he said.

Kamal said if Bangladesh could graduate, it would be an wonderful attainment for the country as well as a historic moment as Bangladesh is celebrating the centenary birth of Father of the Nation Bangabandhu Sheikh Mujibur Rahman and the golden jubilee of country’s independence.

Mentioning that once the LDC graduation is completed, he said the nation could devote this prestigious achievement (LDC graduation) to the Father of the Nation Bangabandhu Sheikh Mujibur Rahman, the martyrs of the Great War of Liberation and the mothers and sisters who were violated during the war.

The CDP will review the country’s performance based on these criteria in its triennial meeting on February 7, 8, and 9. If the country meets the criteria in this review, it would be recommended for graduation.

According to the CDP, a country gets a three-year transition period to prepare itself. During this preparatory period, it continues to receive benefits from specific international support in the areas of trade, development assistance, and general support.

Recent official data suggests Bangladesh has met the criteria in its GNI, HAI, and EVI, to get out of the LDC bloc.

The UNCTAD in its assessment shared with the government last month found the country was well ahead of the required thresholds in the three criteria.

Being an LDC, the country has been enjoying trade preferences, development financing that includes official development assistance, technical assistance, and other forms of support.

But, once it gets the recognition of a developing country by the United Nations Economic and Social Council (ECOSOC), the country will be given three more years as a “grace period” for preparation.

After this transition period, the country will no longer get such benefits.

Bangladesh was included in the LDC list in 1975. In 2015, it crossed the threshold of the World Bank-defined lower middle-income country and became eligible for graduation in 2018.

A country must cross the threshold on two of the three criteria in two consecutive triennial reviews to be considered for the graduation.