Opportunists have no place in AL: Hasan 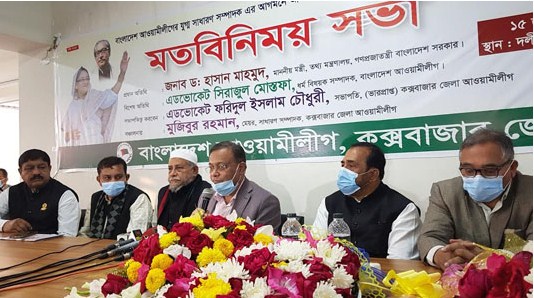 Online desk ; Mentioning that Awami League is a party of working people, Information Minister Dr Hasan Mahmud on Friday said opportunists have no place in the party.
“Only those who are dedicated to the party will get priority over AL’s candidate nomination in the upcoming local government elections as well as in taking positions in the party,” he told a view-exchange meeting at AL’s Cox’s Bazar office here in the afternoon.

Speaking as the chief guest, Hasan, also the AL joint general secretary, said a section of people is joining the party to use the Awami League as a ‘safe refuge’.

People who are involved in misdeeds and desperate to save their illegal wealth are basically intruders into the party, he said.

He urged AL grassroots leaders and workers to present the AL government’s development works, carried out in the last 12 years, before the country’s people.