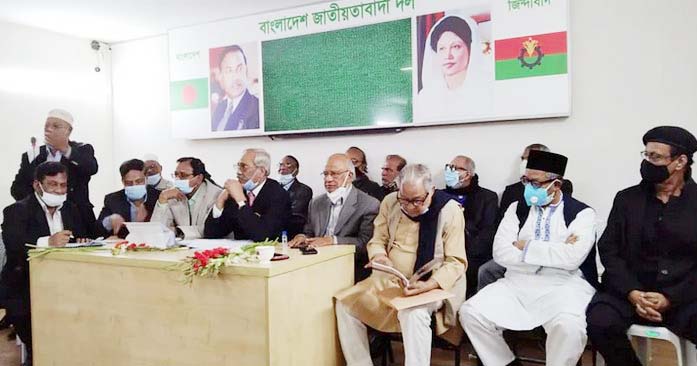 Online desk ; BNP Standing Committee Member Khandaker Mosharraf Hossain has alleged that the polling centers were occupied by the ruling Awami League hoodlums in the municipal elections as they also did it during the national elections.

He made the allegation in reply to a question of journalists at BNP chairperson’s Gulshan office in Dhaka on Saturday.

Earlier, the party held a meeting of the sub-committee to celebrate the golden jubilee of the Liberation War.

Mosharraf asked, “Whose support are they (ruling party) getting? Support from the administration? They have occupied the polling stations by force.”

Blaming the government for destroying the electoral system, he said, “The government has completely destroyed the electoral system. Few Awami League leaders have started talking about the condition of polling stations. I don’t want to say that. If there is a real vote, the Awami League candidates will not be able to knock on the door, they will not be able to find the door–it is the statement which comes from the mouth of the Awami League candidate (Obaidul Quader’s brother Abdul Quader Mirza). This is the reality.”

Criticising the use of EVMs in elections, Mosharraf said, “There is no scope for people exercising their voting rights in such a manner. Now, they are taking vote through EVMs. There is a mismatch in voting on this machine.”