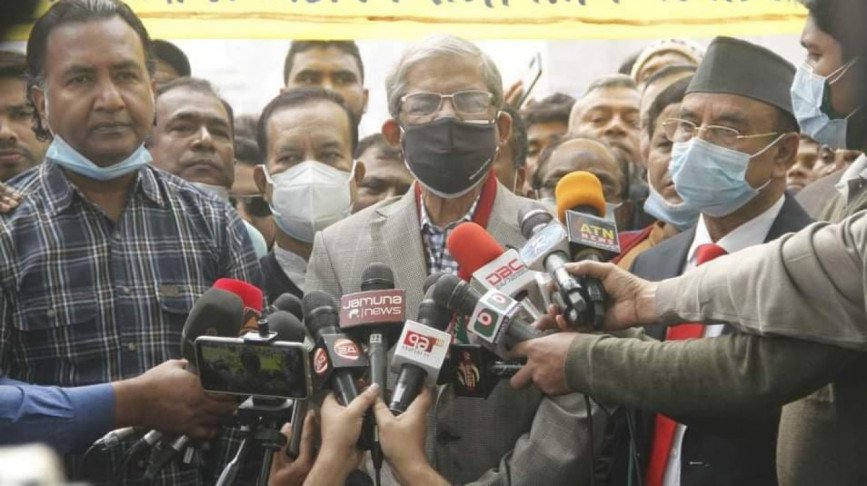 Online desk ; Blaming the government for, what he said, its failure to check the spread of coronavirus in the country, BNP secretary general Mirza Fakhrul Islam Alamgir has said they have indulged in looting with vaccine.

“This government has completely failed to check the spread of coronavirus. Now they have indulged in another incident of looting with the vaccine. Since they have no accountability to people, they have become involved in corruption with vaccine,” he told journalists after placing wreath at BNP’s founding president Ziaur Rahman’s mausoleum in the capital to mark his 85th birth anniversary on Tuesday.

He said, “Ziaur Rahman remained alive for a very short period. He did not declare the country’s independence only, he also fought in the war directly. He liberated the country fighting at the battlefield.”

“We must free democracy and will release Khaleda Zia. Our leader Tareque Rahman will also be brought back to the country,” he added.