Shakib has no problem to bat at No. 4 position: Tamim 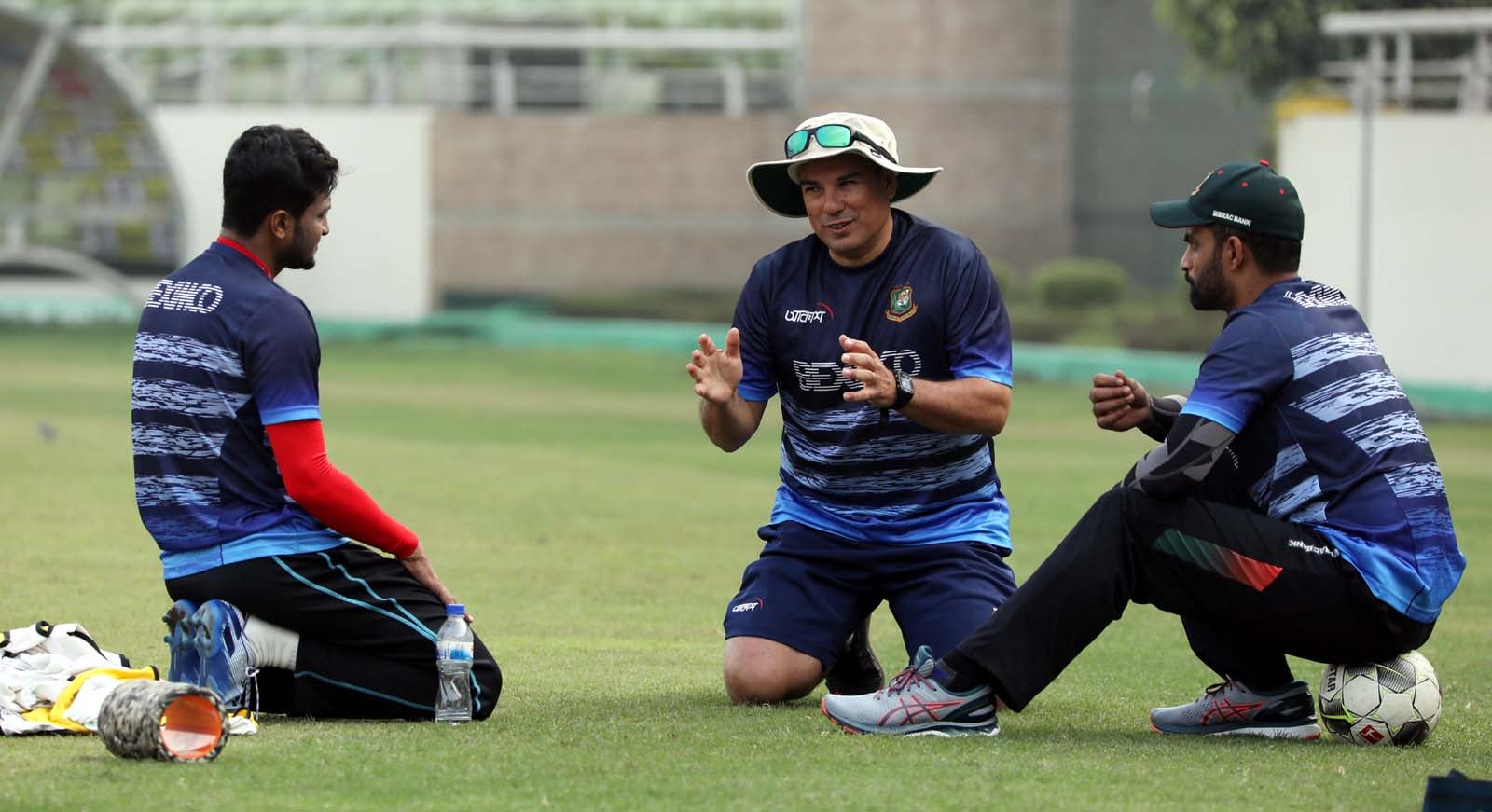 Online desk ; Bangladesh ODI skipper Tamim Iqbal claimed that all-rounder Shakib Al Hasan has no problem in being demoted to middle order position from No.3 where he enjoyed overwhelming success.
Tamim said he spoke to Shakib personally and appraised him of the team plan as they want the junior players to be groomed up by playing at No.3 position.

“When we started the camp, the message was very clear to him (Shakib),” Tamim told the media today. “I have spoken to him personally as well. And he has no problem with that, he understands.”

Like coach Russell Domingo, Tamim believes that Shakib will get breathing space in batting at No.4 as he is returning to International cricket after a long time.

“It will give him some breathing space. He is coming after a long time. We all know how well he has done in the number three position. His record will speak for him. We are aware of it.”

Tamim said that if Shakib wants to bat at No.3 again, he has a chance to come back. The message of the new captain is clear, “He is happy to bat at number 4. I also told him to talk to me if he ever wants to go back to number three. And he’s totally okay with that.”

Shakib has batted more at number four or five at the beginning of his ODI career. He batted at No.3 position only twice in the first 180 innings. In 2018, he was used as No.3 batsman in the tri-nation series against Zimbabwe and Sri Lanka at home. He scored three half-centuries in 10 innings.

As No.3 batsman Shakib played a big role in winning the series on West Indies soil. In December of that year, the left-arm batsman had to go down to No.5 for three innings in which he made one half-century.

Just before the 2019 World Cup, Shakib came back to No.3 position in the tri-nation series in Ireland. In the World Cup too, Shakib batted at No.3 position even though the team management and senior players like Tamim Iqbal was not willing to let him do so. He got the backing of then captain Mashrafe and made history by cracking 606 runs in eight matches.

Head coach Russell Domingo and Tamim have already started devising plans as to how the batting order will be in the 2023 World Cup.