Living between the devil and deep blue sea: Rizvi 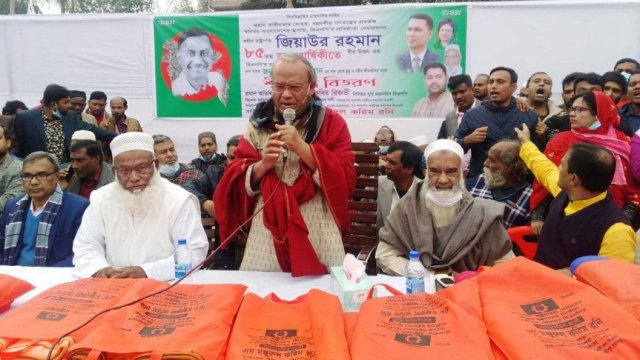 Online desk : BNP senior joint secretary general Ruhul Kabir Rizvi has said those who do the politics of opposition party, they cannot sleep at night.

“Those of us who do the politics of opposition, we cannot sleep at night. We are between the devil and the deep blue sea. Even then we stand by the people in various disasters,” said Rizvi while distributing winter clothes at a programme in Gazipur city on Saturday to mark the birth anniversary of the party founder Ziaur Rahman.

He said, “BNP leaders and activists are tortured and neglected in the country today. Some of those present at the meeting are going to jail with 30 to 40 cases, some with 100 to 150 cases, and some have even been released from jail a day or two ago.”

“Those who are speaking about the ideology of Shaheed Zia, trust in the leadership of Khaleda Zia, following the leadership of Tarique Rahman, spending days and nights in a kind of horror. Nevertheless, the BNP leaders and workers are standing by the side of the people during their sufferings,” he added.