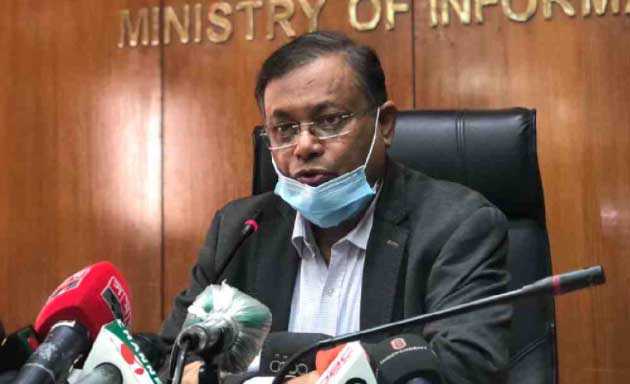 Online Desk : Information Minister Dr Hasan Mahmud on Friday said Bangladesh’s position is worse than Pakistan in Transparency International’s (TI) Corruption Perceptions Index (CPI) which is not credible at all.
Responding to a question, he came up with the remark on Berlin-based TI’s Corruption Perceptions Index 2020 at his official residence here.

Hasan, also Awami League joint general secretary, said like other NGOs, TI looks after the interests of those who provide fund for it.

“And according to the TI report, there is more corruption in Bangladesh than Pakistan, which is not credible at all,” he said.

The information minister said: “I have read the report. It said Bangladesh stands at the same position. But, as other countries did better scores, our position has gone down two steps.”

“We also need to know whether Bangladesh’s position has actually come down or it occurred due to their systemic errors. Because, we are informed about their various systemic errors,” he said.

Hassan said TI is an NGO and the way its report is disseminated in Bangladesh, it is not published in other countries with such importance.

Before talking to reporters, he inaugurated a cultural festival of Rangunia Upazila Shilpakala Academy virtually this evening.

Speaking on the occasion, Hasan said cultural festival is very important today in the present context.

“The more cultural programmes will be organized, the country’s young generation will be introduced with our traditional culture and heritage,” he said.