No action against Papul until Dhaka receives document: FM 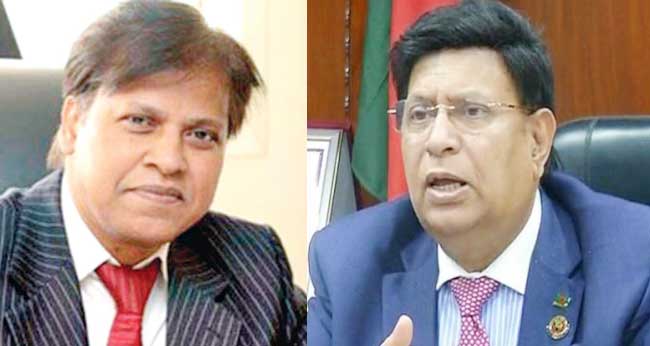 “We can’t take any decision until we know about it officially. The Kuwaiti government is yet to officially convey it to us,” he told reporters after attending a function in the city.

Foreign Minister Momen said they would share with the relevant offices and Parliament once they receive documents from the Kuwait government.

“Then a decision will be taken as per rules,” he said.

A Kuwait court on Thursday sentenced Papul, an independent MP from Laxmipur-2, to four years in prison and fined him 1.97 million Kuwaiti dinars (around Tk 55 crore) in a bribery case.

He admitted to bribing millions of Kuwaiti dinars to the Kuwaiti officials for securing work visas unlawfully and getting job contracts for his company Marafie Kuwaitia Group where he held the position of managing director and CEO.

Momen said the Ministry of Foreign Affairs asked the Bangladesh Ambassador to Kuwait to get the official document.

The Foreign Minister pointed out that Papul did not go to Kuwait using a diplomatic passport or as an MP but he went there as a businessman.

“But it’s regrettable,” he said adding that they feel proud when any Bangladeshi does something good abroad and get hurt when someone commits misdeeds.

Dr Momen said Papul committed misdeeds and it is a matter of shame.

No impact on Bangladesh-Kuwait bilateral ties

The Foreign minister said the bilateral relationship between Bangladesh and Kuwait is very strong.

“The issue (Papul’s conviction) will have no impact on our relations,” he said.