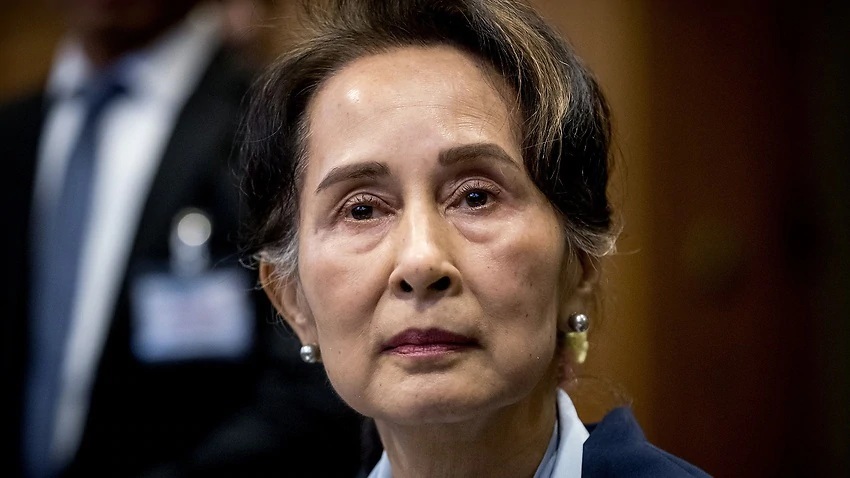 Online desk ; A court in Myanmar on Wednesday placed ousted leader Aung San Suu Kyi on remand for questioning following her arrest on charges of keeping 10 walkie talkies at home, report agencies.
A spokesperson for Ms Suu Kyi’s National League for Democracy (NLD) party said she had been charged with breaching an import and export law.

“We have got reliable information that Dakhinathiri court has given a 14-day remand from February 1 to February 15 against Daw Aung San Suu Kyi under the charge of violating the import/export law,” Kyi Toe, NLD press officer, wrote on his official Facebook page.

The military announced Monday that it would take power for one year—accusing Suu Kyi’s government of not investigating allegations of voter fraud in recent elections. Suu Kyi’s party swept that vote, and the military-backed party did poorly.

NLD spokesman Kyi Toe confirmed the charge against Suu Kyi that carries a maximum sentence of three years in prison.

He also said the country’s ousted president, Win Myint, was charged with violating the natural disaster management law. A leaked charge sheet dated Feb. 1 indicates they can be held until Feb. 15.

Ms Suu Kyi endured about 15 years of house arrest between 1989 and 2010 as she led the country’s democracy movement and she remains hugely popular at home despite damage to her international reputation over the plight of Muslim Rohingya refugees in 2017.

These devices were considered evidence to “file a lawsuit to take action against Daw Aung San Suu Kyi who had imported and used these communication devices without permission”.

Myanmar’s army seized power on Monday, detaining Nobel laureate Aung San Suu Kyi and cutting short a transition to democracy in a takeover that has drawn condemnation from the United States and other Western countries.

The document said Win Myint, his wife and his daughter had taken part in a campaign event in September that drew hundreds of people – actions that flouted COVID-19 restrictions.