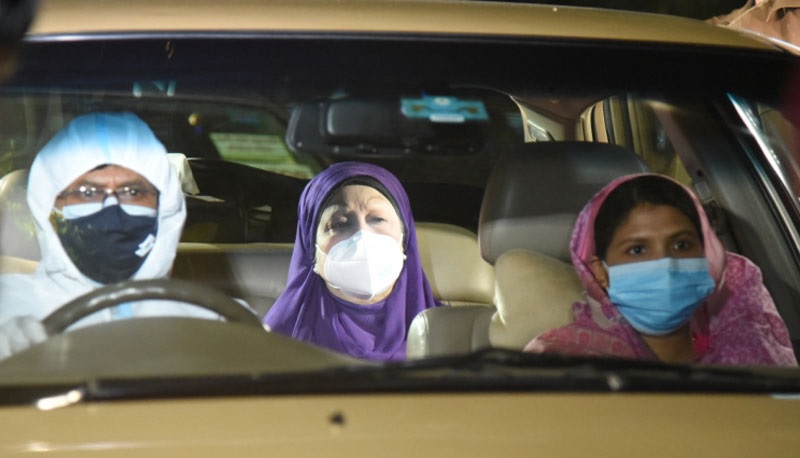 She left the hospital at about 10:30pm by a private car and reached her rented ‘Firoza’ house at Gulshan at about 10:50pm on Thursday.

Her physicians said the BNP chairperson had undergone a CT scan at the hospital.

Physcians said Khaleda Zia’s physical condition was stable. She did not show any symptoms. After coronavirus infection, her blood and other tests were carried out. All her test reports were found good. Only CT scan was not done.

“If it seems that it would be good to provide treatment to Khaleda Zia keeping her at her house, we would do it. Otherwise, we would keep her on observation at Evercare Hospital for a couple of days,” said BNP Chairperson’s physician Professor Dr FM Siddique.

Earlier on Thursday afternoon, Professor Dr FM Siddique said that the physical condition of the former prime minister was well. “Her condition is stable now,” he said.

The former prime minister Khaleda Zia had tested positive on Sunday last. Several individuals at her residence have also contracted the coronavirus. A group of physicians led by Professor Dr FM Siddiqui have been taking care of Khaleda Zia from the beginning.

Professor Dr FM Siddiqui also said Madam is now in the second week of Covid-19, and major complications of the deadly disease appear in the second week. “We’re also cautious about it. We’ll now conduct her CT scan.”