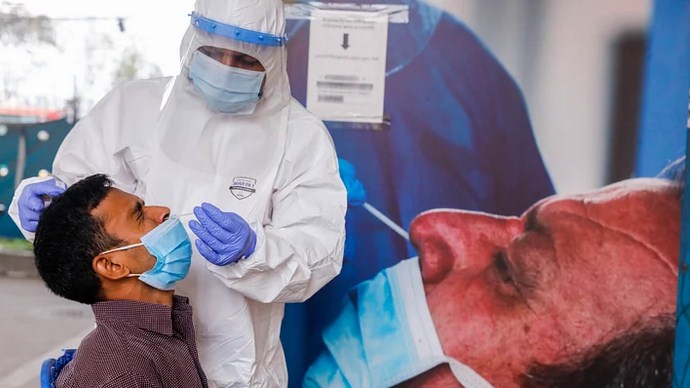 Online desk ; Bangladesh has reported 7,666 new Coronavirus cases while the virus claimed overnight 112 lives. The daily health update of the Directorate General of Health Services came up with the statistics on Tuesday.

With the new infections, the country’s positivity rate reached another peak of 23.97% from Monday’s 23.86% which was recorded 23.57% last on April 9 this year. The percentage reached this shocking level after the test of 31,982 samples during the period, according to a handout issued by the Directorate General of Health Services (DGHS).

“A total of 112 Coronavirus patients died in the last 24 hours increasing the death toll from the virus to 14,388. The total cases of infection have surged to 904,436 as 7,666 new cases were confirmed during the period,” said DGHS.

However, the country’s fatality rate remained static at 1.59% while the recovery rate fell to 89.75% following a continuous drop.

The country saw a record level of 8,436 Covid cases on Monday and the highest 119 deaths on Sunday since confirming its first cases on March 8 last year.

The beginning of the current year witnessed a drastic fall of coronavirus cases in the country but the trend lasted for only two months — 21,629 cases were detected in January and 11,077 in February.

After the drastic fall of COVID-19 confirmed cases, the country witnessed sharp increase of infection as 65,079 cases were reported in March, 2021 and 1,47,837 cases in April.