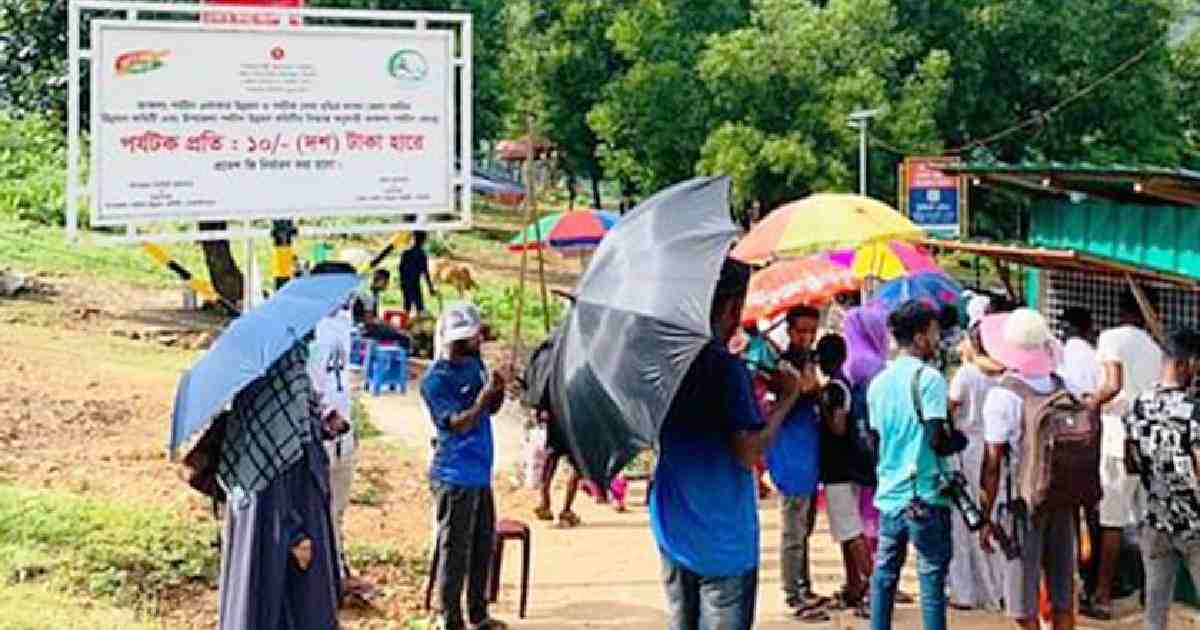 Online desk : Gowainghat upazila administration of Sylhet has earned Tk 40 lakh in seven months just from the entry fee at the popular and natural beautiful tourist spot of Jaflong.

There was no entry fee at Jaflong before September 2021. District administration then fixed it at Tk 10 for each tourist to enter the popular hangout.

However, people of various sections had been criticizing the ticketing system at the tourist spot. This issue came into discussion on Thursday after an attack on some tourists by the volunteers who worked for the authority, UNB reports.

The local administration recruited some workers on temporary basis to collect entry fees from the tourists.

Around 15 workers work here on average daily for Tk 50 per hour as remuneration, he added.

About the ones who attacked the tourists, Tahmilur Rahman said they are not volunteers. They are workers. Upazila administration has provided aprons to identify them from others.

He also claimed that the district administration has imposed the entry fee to increase tourists at Jaflong and Tk 40 lakh has been deposited so far in the administration’s bank account.

On Thursday, volunteers appointed by the Gowainghat administration allegedly assaulted a group of tourists, including women and children, at the Jaflong tourist spot.

The volunteers attacked tourists with sticks following an altercation over buying tickets from the toll counter at Jaflong around 2pm.

The video of the incident has gone viral on social media. It shows some men wearing blue volunteer uniforms assaulting a group of tourists with sticks.

Some women, from the same group of tourists, also came under attack as they tried to stop the violence.

Five people, including two volunteers, have been detained in this regard.

The detainees are Laxman Chandra Das, Selim Ahmed, Sohel Rana, Nazim Uddin, and Joynal Abedin. They have been sent to the court on Friday.

Meanwhile, Sylhet Deputy Commissioner Mozibor Rahman, said tourists will not have to pay any fee for the next seven days to visit Jaflong.