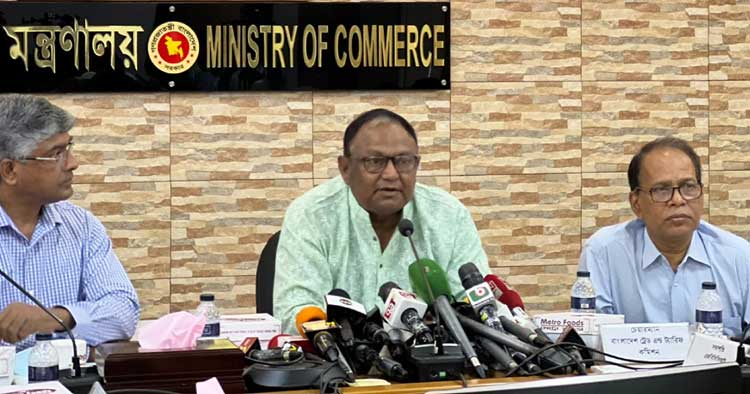 Online desk : Dealers and retailers have betrayed on edible oil prices, said Commerce Minister Tipu Munshi on Monday.
“Believing the oil businessmen was a mistake. I urged them to keep oil prices at a tolerable level during Ramadan. But the dealers and the retailers did not keep my words. It was a big mistake for me to request them,” he stated this while briefing media at the secretariat today.

He said, “It was the government’s failure to believe businessmen over the oil prices before Ramadan. The government did not want to increase the price of oil during Ramadan. But the oil traders knew that the prices could increase after Eid. And so they hoarded the oil 10 days before Eid-ul-Fitr which created an crisis in the market.”

The minister agreed that a section of traders have taken the opportunity and hoarded the edible oil to make a hefty profit.

“We will try not to let anyone from retailer to dealer take advantage,” Tipu Munshi added.

He also mentioned that edible oil has also been increased at Tk 10-12 in India.

Expressing his firm commitment to monitoring the edible oil market regularly, he said, the government will not put pressure on the businesses though. He, however, assured punitive action will be taken against the hoarders.