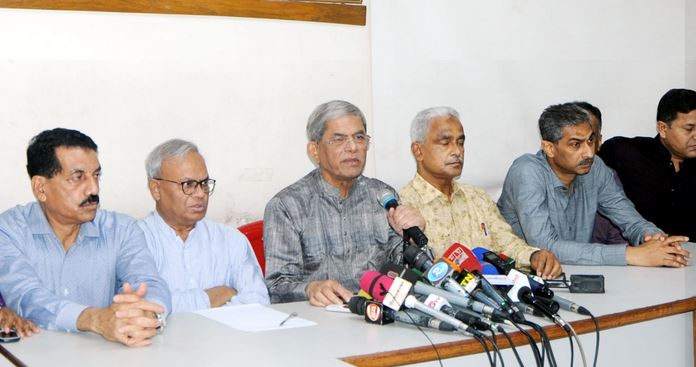 Online Desk ; BNP on Tuesday announced a two-day demonstration programme for Thursday and Saturday next protesting what it said the continuous attacks on opposition leaders by ruling party ‘cadres’ in different parts of the country including Cumilla.

As part of the programmes, he said the party’s Dhaka south and north city units will stage a demonstration in the capital on Thursday (May 12).

Besides, Fakhrul said their party’s all-district units will stage demonstrations across the country on Saturday (May 14), UNB reports.

He alleged that ‘Awami cadres’ have created a reign of terror across the country by attacking senior BNP leaders and other opposition leaders.

Earlier, the programmes were finalised at a joint meeting of BNP and its associate bodies at the party’s Nayapaltan central office with Mirza Fakhrul in the chair.