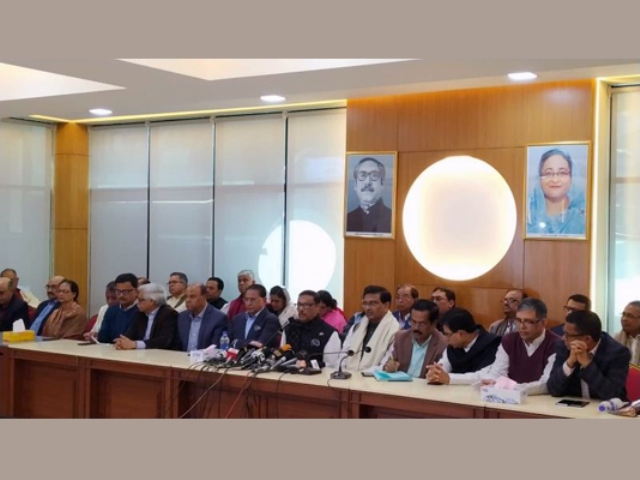 “They (BNP) failed to wage any movement in the last 10 years… Now they are complaining to foreign countries after facing defeat in the general election,” he told journalists before a joint meeting of the general secretaries of the party’s front and associate bodies at its central office on the Bangabandhu Avenue.

The joint meeting was preparatory to a grand rally to be held on January 19 at Suhrawardy Udyan to celebrate the AL’s landslide victory in the 11th parliamentary polls.

Complaining to foreign countries is an old habit of BNP, he said adding that BNP Secretary General Mirza Fakhrul Islam Alamgir is making unacceptable and illogical comments over the election results.

He said, “Awami League is now more united than any time in the past. We have to remain united to resist any ill political attempt of BNP.”

The meeting observed a minute’s silence as a mark of respect to Syed Ashraful Islam, Public Administration Minister and former General Secretary of AL, who died at a Bangkok hospital.

Paying tribute to Syed Ashraf, Quader said he had played a crucial role at the difficult time of the country and the Awami League. “The nation has lost an honest, dedicated and courageous leader and his death is an irreparable loss to the country’s politics and our party,” he added.