Kuwait ruler in US hospital for ‘tests’, Trump meeting postponed 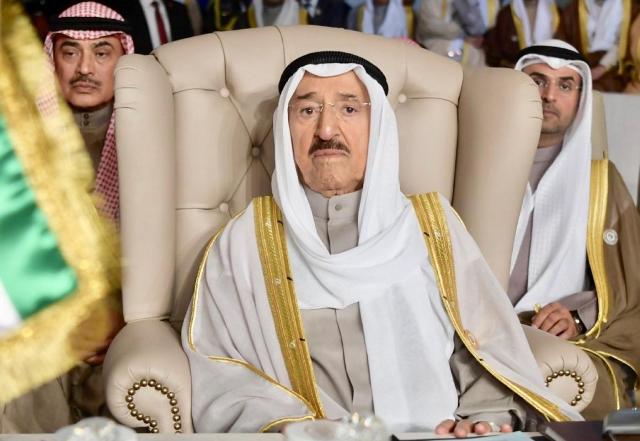 The ruler of Kuwait, Emir Sheikh Sabah al-Ahmad Al-Sabah, has been admitted to a hospital in the United States
for “medical tests”, a senior official said on Sunday. As a result a meeting with US President Donald Trump set for September 12 was postponed, Sheikh Ali Jarrah Al-Sabah, the minister in charge of the Amiri Diwan (royal court) affairs said.

“Sheikh Sabah al-Ahmad al-Jaber Al-Sabah has been admitted to a hospital in the US for medical tests and thus rescheduled a meeting with President Donald Trump,” he said, according to the official KUNA news agency. A new date for the meeting was expected to be announced later, he added.

The White House confirmed that the meeting with Trump had been postponed, saying in a statement that “the president wishes his friend… a speedy recovery and looks forward to welcoming him back to Washington as soon as he is feeling better.”

Sheikh Ali “prayed to Allah the Almighty to bestow His Highness the Emir with good health,” KUNA said. The minister did not specify the type of tests the Kuwaiti ruler was undertaking or when he was admitted to the hospital.

On August 18, KUNA reported that the 90-year-old emir had “recovered from a setback and is in good health now”. It also cited a palace statement without specifying the nature of the “setback”. Earlier that day Iranian Foreign Minister Mohammad Javad Zarif had wished Sheikh Sabah a “speedy recovery” after holding talks with officials from the oil-rich Gulf emirate.

The emir, who ascended to power in January 2006, had been seen in public the week before during Muslim prayers and appeared in good health. Prior to the KUNA report in August there had been no word on the emir’s health in official media or Kuwaiti newspapers.

Sheikh Sabah had a pacemaker implanted in 2000 and underwent successful urinary tract surgery in the United States in August 2007. On Monday, he travelled to the United States where he was due to meet with Trump at the White House. Kuwaiti state television aired footage of his arrival.