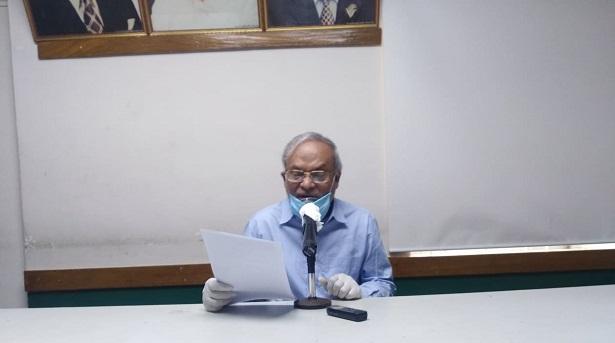 Online desk : BNP on Monday alleged that people are showing little interest in undergoing Covid-19 test out of their mistrust caused fake reports.
“You can easily assume how the country is now run as a person who did not contract corona is given a positive certificate! People have got panicked over such activities and they are in doubt whether they will at all get authentic reports from hospitals,” said BNP senior joint secretary general Ruhul Kabir Rizvi, UNB reports.

He said, “The number of people interested in corona tests dropped over the last two days. People are not going for corona tests as they fear they may get false reports. This is the main reason behind the gradual fall in corona test.”

Rizvi made the remarks while speaking at a human chain programme in front of the Jatiya Press Club arranged by Jatiyatabadi Matsyajibi Dal.

He said the government is brutally ‘suppressing’ the freedom of expression and those raising voice against injustice and unfairness. “Such repressing acts are leading to a rise in social crimes, chaos, and fraudulent acts. This’s also contributing to the emergence of fraudsters like Shahed (Regent Hospital owner).

Rizvi alleged that the government is playing a silent role though people from other countries are entering Bangladesh’s water territories and fishing in the Bay of Bengal.

“Where is the independence of our country when people from other countries catch fish in our territories? It’s happening as the current government has no people’s mandate.”

The BNP leader also said the country’s independence and sovereignty are now at stake only for lack of a government elected in a fair election.

He urged people of all walks of life to get united and wage a movement for the ‘restoration’ of democracy and install an elected government in the country.