Russian-Japanese peace treaty will be beneficial for US: Abe 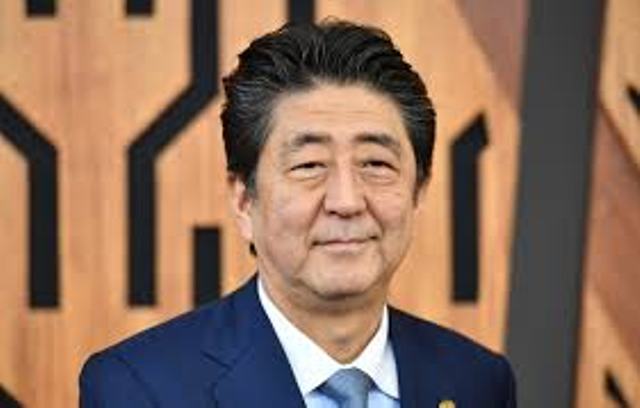 The signing of a peace treaty between Japan and Russia will have a positive impact on the security of the Asia-Pacific
region and will also be beneficial for Washington, which signed a security treaty with Tokyo, Japanese Prime Minister Shinzo Abe told the NHK TV Channel on Sunday.

When asked to comment on how the mutual obligations of Tokyo and Washington influence the Russian-Japanese peace treaty negotiations Abe said:

“The Japan-US Security Treaty is the basis of international security
guarantees for Japan. The conclusion of a peace treaty between Japan and
Russia will have a positive impact on regional stability. I think this will
be an advantage for the United States.”

“That is a reality now that Russians live on the four islands (Southern
Kuril Islands – TASS). The territorial problem cannot be solved until the
Russians residing on the four islands agree with the transfer of ownership
(of this or that part of the Kuril Islands to Japan – TASS). Therefore, our
approach implies reaching an understanding on this issue by the people of the
two countries,” Abe stressed.

The Japanese Prime Minister also noted that Foreign Ministers of Japan and
Russia Taro Kono and Sergey Lavrov will hold talks in Moscow on January 14.
He added that after these talks he will go to Russia to meet with President
Vladimir Putin.

At the meeting in Singapore on November 14, 2018, Putin and Abe agreed to
intensify Russian-Japanese talks on concluding a peace treaty based on the
Joint Declaration signed on October 19, 1956 on ceasing the state of war. The
two countries resumed diplomatic and other relations, but no peace treaty has
been signed so far.

Under Article 9 of the declaration, the Soviet Union agreed to hand over
Shikotan and Habomai as a gesture of good will after the peace treaty is
ultimately signed. The declaration was ratified by the two countries’
parliaments on December 8, 1956.

However in response to Japan’s signing a security treaty with the United
States in 1960, the Soviet Union revoked its liabilities concerning the
transfer of the islands. The Soviet government said back then that the
islands would be handed over to Japan only when all foreign forces were
withdrawn from its territory.