Greetings continue to pour in for PM Sheikh Hasina 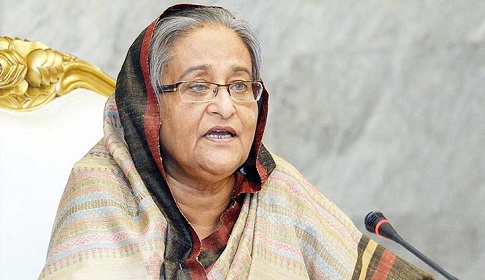 More heads of state and government including Brunei Sultan, Afghan president and Estonian prime minister have extended their warmest congratulations to Prime Minister Sheikh Hasina on her reappointment as the Bangladesh prime minister for the fourth time.

“I am pleased to send my warmest congratulations to you on your
reappointment as Prime Minister of Bangladesh,” Brunei Sultan Haji Hassanal
Bolkiah said in a congratulatory message to Prime Minister Sheikh Hasina.

He continued: “I wish you much success for your new term and look forward
to continuing our work together to strengthen our much-valued and long-
standing relations for the benefit of our two countries and people.”

The Brunei Sultan wished continued good health and happiness of the prime
minister, and for the progress and prosperity of the people of Bangladesh.

Afghan President Mohammad Ashraf Ghani in his message to Prime Minister
Sheikh Hasina said: “Excellency, allow me to extend, on behalf of the people
of Afghanistan and myself, sincere greetings to your Excellency, on the
assumption of the post of Prime Minister.

“Choosing of your Excellency one more time by people of Bangladesh through
the election is a prove of your efforts and success in development plans of
the country,” he said.

Ashraf Ghani said Afghanistan and Bangladesh enjoy close relationship and
presence of both countries in international and regional arena and efforts to
defend each other’s interest prove deep friendship between the two countries.

He said the government of Afghanistan expresses its preparedness for
further deepening the existing close ties with Bangladesh.

The Afghan president wished the prime minister a good health and further
success, and for the friendly people of Bangladesh progress and prosperity.

Estonian Prime Minister Juri Ratas in his message sent to Prime Minister Sheikh Hasina said: “I am confident that the friendly relations between Estonia and Bangladesh, based on mutual understanding and respect, will continue to develop successfully in the years ahead.” “I take this opportunity to wish you a successful tenure of office,” he said.