Women march for safe streets after murder of Israeli student 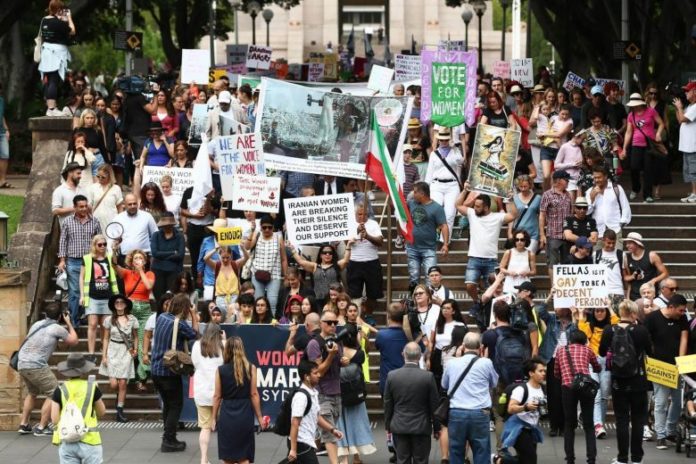 Thousands of protesters have marched in Australia calling for an end to violence against women, days after the murder of an Israeli student in Melbourne.

Demonstrators called for streets to be made safe for women after the body
of 21-year-old Aiia Maasarwe was found in bushes near a tram stop on
Wednesday.

Maasarwe was speaking to her sister on the phone when she was attacked
while on her way home from a comedy show.

The weekend rallies — held in Melbourne, Sydney and Canberra — are part
of the Women’s March campaign, first held in January 2017 in the United
States and around the world.

During Sunday’s march, campaigners held banners with the words “I’m here
for Aiia” and “stop violence against women”.

“I’m marching for the women who can’t,” protester Samantha Nolan-Smith told
the Australian Broadcasting Corporation at the rally in the nation’s capital
Canberra.

“I’m thinking particularly of the death that happened this week and so many
other women who have suffered from violence and who are dead.”

A 20-year-old man was charged with Maasarwe’s murder on Saturday. Thousands of women joined demonstrations worldwide, though turnout appeared far short of marches in earlier years.