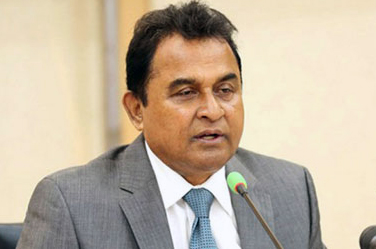 Finance Minister AHM Mustafa Kamal today said Bangladesh Bank (BB) is taking all sorts of preparations to file a lawsuit with a New York (NY) court within the current month of January to recover the whole money heisted from the central bank’s account with Federal Reserve Bank of New York.

The minister was talking to journalists after a meeting with the officials of Financial Institutions Division and Bangladesh Bank on BB’s reserve heist at the Finance Ministry in the city.

Among others, Financial Institutions Division Secretary M Ashadul Islam and BB Governor Fazle Kabir were present at the meeting.

Kamal said the two lawyers will take decision who will be the defendant and who will be the plaintiff in the case. Hackers stole a total $101 million from Bangladesh’s account at the New York Fed in February 2016.

Of the amount, $81 million was transferred to four accounts at the Rizal Commercial Banking Corp (RCBC) in Manila and another $20 million to a bank in Sri Lanka.

But the transfer of $20 million to Sri Lanka had failed because of a spelling error by the hackers. Later, BB was able to retrieve about $15 million from Philippines.