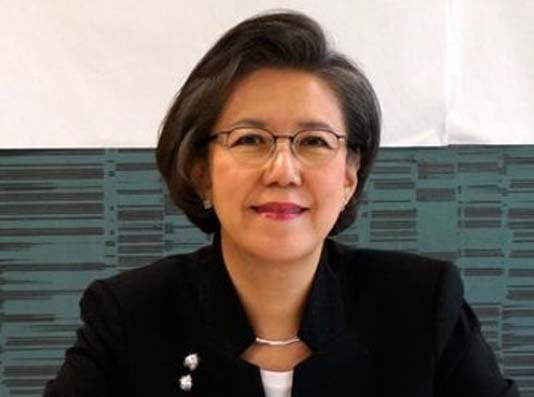 Visiting UN Special Rapporteur on the situation of human rights in Myanmar Professor Yanghee Lee said here today that the UN is trying to put more pressure on Myanmar so that it can ensure safe repatriation of Rohingyas from Bangladesh.

“I am trying to put pressure over Myanmar (for safe repatriation of Rohingyas),” she told journalist at a press briefing at a city hotel before wrapping up her stay here that included visits to Rohingya camps in Cox’s Bazar and Bhashan Char, an island in Noakhali where Bangladesh is planning to relocate a part of Rohingyas in future.

Apart from putting pressure over Myanmar, Prof Lee said the UN would keep continuing pressure on international community to take further steps to extend support to Bangladesh for tackling the Rohingya situation.

The UN expert said the causes of the current Rohingya situation lie in Myanmar and it is to Myanmar that we must look for the solution.

“Its (Myanmar) campaign of violence against ethnic minorities, including the Rohingya, the Kayin, the Kachin and the Shan, must end,” she said adding “Real steps must be taken to implement the recommendations of the UN and the Kofi Annan Commission, including ensuring that the citizenship of the Rohingyas is realized.”

Lee said there must be accountability for the campaign of ethnic cleansing and possible genocide against the Rohingyas, as well as the war crimes and crimes against humanity perpetrated against ethnic minorities around the country.

She said criminal justice is not enough there must also be truth, reparation and guarantees of non-recurrence. Transitional justice is integral to Myanmar addressing what happened in the past in order to move forward to a peaceful, democratic, prosperous future, she added.

“I repeat this again and at the same time call for an international response to what is fast becoming a regional problem with global consequences,” she said and adding that India and Saudi Arabia must ensure that Rohingya within their borders are protected and that their status as refugees, unable to return to Myanmar, is recognized.

About the Bhashan Char, the UN special rapporture said Bangladesh has put tremendous effort and resources into the construction of the buildings and embankments. “Bangladesh has done more than any country can do regarding Rohingyas,” she added.

However, she called on Bangladesh government to share feasibility studies it has undertaken and to allow the UN to carry out a full technical and humanitarian assessment, including a security assessment, before making any further plans for the housing of people on the island.

“No relocation should even be contemplated until the protection framework for any refugees who do relocate is agreed upon,” she added.

She said Bangladesh government has assured the UN that any refugees who choose to live on Bhashan Char would essentially have access to the same basic rights as those who live in Cox’s Bazar.

If any plans are made about refugee relocation to Bhashan Char in the future, refugees must be fully engaged and participate in the process through meaningful consultation, the UN expert said.

“In this regard, I urge caution and patience by the Bangladesh government and full cooperation with the UN and the international community. There should be no rush to relocate refugees, such as before the monsoon season which is one of the possibilities that has been outlined to me,” she said.