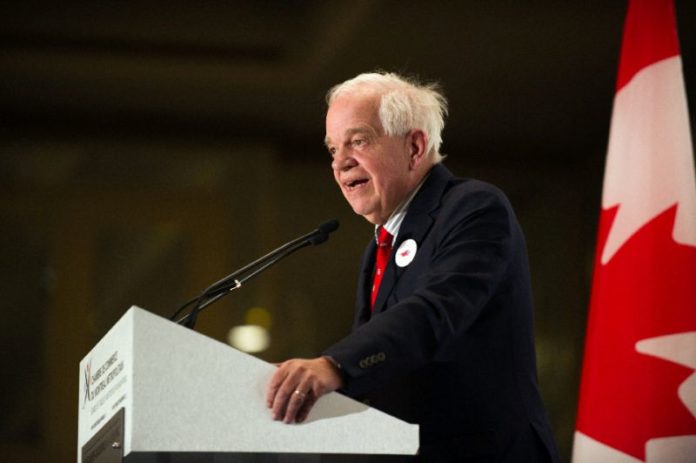 Chinese state-run media on Monday decried the sacking of Canada’s ambassador to Beijing, who was fired after he
suggested that it would be “great” for Ottawa to release a detained Huawei executive.

The former envoy, John McCallum, had raised eyebrows over a series of
remarks regarding the case of Huawei’s chief financial officer, Meng Wanzhou,
whose arrest has sparked a diplomatic row between Beijing and Ottawa.

The resignation, at the request of Prime Minister Justin Trudeau, “reveals
political interference”, the nationalist tabloid Global Times said in an
editorial.

Ottawa is now as “sensitive as a frightened bird”, the newspaper said,
noting the visceral political reactions to McCallum’s comments.

“The truth is that they knew the geopolitics in the case from the very
beginning, but were afraid to point them out,” it said.

“As a Chinese folk saying goes, ‘You cannot live the life of a whore and
expect a monument to your chastity’,” the Global Times wrote.

“Canada is a country worthy of respect, but some Canadians… are against
moral righteousness while deceiving themselves to believe that they can be
honoured as moral models.”

Meng was arrested in December at the behest of the United States, where
she is wanted for violations of Iranian sanctions. US authorities plan to
formally file for her extradition by a January 30 deadline.

Beijing has reacted furiously to Meng’s detention. In apparent
retaliation, two Canadian citizens have been detained on national security
grounds and another was sentenced to death for drug trafficking. McCallum, a
former senior cabinet minister, said in front of Chinese-language media in
Ontario last week that he believed the US extradition request was seriously
flawed, comments which he later walked back.

But on Friday, he told the Star Vancouver newspaper that it would be
“great for Canada” if the US dropped its extradition request, prompting
Trudeau to demand McCallum’s resignation.

Ottawa has repeatedly stressed the case is not politically motivated and
the justice system is fair but Chinese media has cast Meng’s arrest as part
of an assault on the development on the country’s high tech industry.

In the past year, a number of Western countries close to the US have
barred Huawei products in their telecommunications infrastructure citing
security concerns.

The China Daily observed: “McCallum was merely stating the truth when he observed that Meng (Wanzhou) has a strong case against extradition, which he rightly said was politically motivated.”