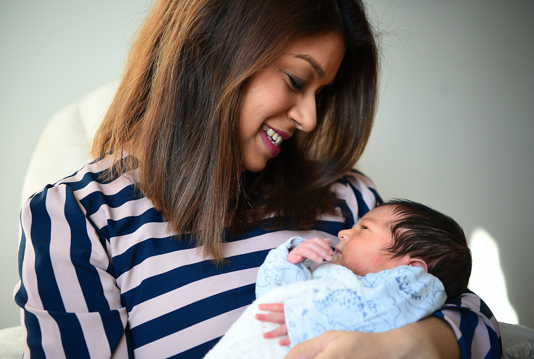 British lawmakers have approved a year- long trial of proxy voting for MPs on parental leave from Tuesday. MPs have been discussing the idea for several months but matters came to a head when one of their number postponed a Caesarian section in order to vote in Britain’s long-running Brexit saga.

The motion was passed late Monday. It will allow new parents to nominate a
colleague to vote on their behalf.

Currently MPs walk through two lobbies to cast their vote, effectively
being counted in person.

If members cannot get to parliament to vote, they can pair up with an MP
from the opposing side who likewise does not vote, so the overall outcome is
unaffected.

As a last resort, a system known as “nodding through” allows an MP’s vote
to be counted if they are on the parliamentary estate but cannot physically
walk through the lobbies.

In the past, this has seen MPs vote by being driven through the estate in
an ambulance.

Opposition Labour MP Tulip Siddiq postponed the birth of her son Raphael by
Caesarean section so she could be wheeled into the chamber to vote on Brexit
earlier this month.

“I believe I will be the first MP to vote by proxy,” she said ahead of
Tuesday’s crunch votes on Britain’s Brexit strategy.

“Raphael and I are so grateful that I can represent my constituents in
these important votes.”

The long-established pairing system broke down last year when the
government breached a pairing arrangement with pregnant opposition Liberal
Democrat MP Jo Swinson. The government claimed it was an accident.

“No member of parliament should have to choose between ensuring their
constituents are represented on important votes and caring for their newborn
child,” she said.

The vote “marks a baby step in the right direction in bringing parliament
into the 21st century”.

The new proxy vote trial will also apply to MPs who have suffered a
miscarriage.