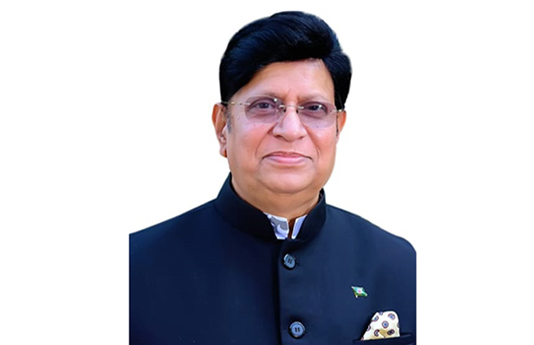 “The allegations are totally false and fabricated,” he told newsmen after the foreign ministry summoned Myanmar Ambassador Lwin Oo and handed over a strongly-worded protest note to him this afternoon.

Bangladesh protested some reports in Myanmar media based on irresponsible and false allegations by the officials of the General Administration Department of Myanmar implicating Bangladesh in a terrorist attack on a police post at Maungdaw Township near Boundary Pillar No. 41 in the early hours of 24 January 2019.

“Bangladesh and Myanmar are friendly countries but this kind of false report may harm both the countries,” Momen said.

The minister said the border situation of Bangladesh is under full control and no Bangladeshi nationals have been reported entering Myanmar illegally.

He said it is not possible for any one or group to launch a terror attack in any country amid the strong measures by the law enforcement agencies of Bangladesh in line with “zero tolerance policy” against terrorism of the present government.

Earlier, in a release the foreign ministry said the government of Bangladesh is utterly disgruntled to notice some Myanmar media reports that are found to be absolutely fabricated and baseless.

It affirmed that there was neither any border crossing by any group from Bangladesh nor any incident of firing from Bangladesh side towards any direction on that particular day.

“The allegation is fabricated and highly derogatory to the reputation of Bangladesh, a country that persistently strives for peace and stability all over the world,” the release said.

In this instance, it said, Myanmar did not provide Bangladesh with specific details and concrete evidence on the alleged terrorist elements and their activities.

As on previous occasions, it said, differences in narratives of various media houses and government officials of Myanmar are clearly evident and it usually happens when stories are fabricated. Repetition of such serious and baseless allegations with varied versions could be construed as a deliberate attempt to malign Bangladesh and implicate a peace loving country in the incessant internal conflicts of Myanmar, the foreign ministry statement read.

The Government of Bangladesh under the Hon’ble Prime Minister Sheikh Hasina, it said, is firmly committed not to allow any dissident groups to use its soil for any purpose.

The high level of alertness and effective preventive measures by the law enforcement agencies of Bangladesh in line with “zero tolerance policy” of the Government render it absolutely impossible to be present in the country or to launch any attack, it said.

“We reaffirm that there is no existence of any terrorist group within Bangladesh. The security forces of Bangladesh alongside the border remain always vigilant and prepared to address any untoward incident that may affect peace and stability,” said the statement.

The foreign ministry said Bangladesh has taken all possible measures, including comprehensive international engagements in counter-terrorism, to fully implement its commitments.

Mentioning that Bangladesh’s comprehensive cooperation in counter-terrorism with some of the neighboring countries proved to be highly effective and globally recognized, it said adding Bangladesh has already proposed to engage in similar type of comprehensive bilateral cooperation mechanism with Myanmar to combat terrorism.

“The Government of Bangladesh, on several instances, had proposed to Myanmar to conduct joint operation in addressing terrorist activities along the border area. Myanmar is yet to respond to the proposal of Bangladesh,” said the statement.

Bangladesh is acclaimed by international community for its unflinching commitment and bold actions in the combat of terrorism at national, regional, and global level.

The security forces of Bangladesh have not only secured every corner of the country but also earned high esteem at global level for their utmost professionalism, outstanding competence, and invaluable contributions in world peace since long.

The foreign ministry stated that Bangladesh always stands ready to engage in comprehensive cooperation mechanism with any country including Myanmar in the combat of terrorism.