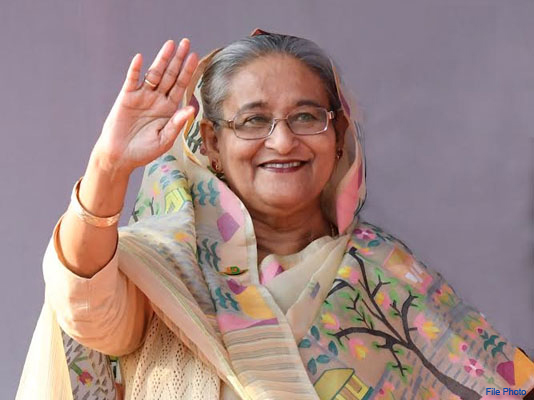 “Allow me to wish you good luck with the tenure of your new government,” Dutch Premier Mark Rutte said in his message to Prime Minister Sheikh Hasina.

“I look forward to continuing the cooperation between our two countries, building on our longstanding and cordial bilateral relationship, jointly addressing the challenges of our time by pursuing the Sustainable Development Goals, and strengthening our economic ties in various ways including by implementing the recently adopted Delta Plan 2100, ” he said.

Rutte expressed the hope that the new government of Prime Minister Sheikh Hasina will remain fully committed to the rule of law, human rights and the freedom of expression, which are vital elements of a vibrant democracy.

Azerbaijan Prime Minister Novruz Mammadov in his message said: “I extend my heartfelt congratulations to you on the occasion of your re-election as Prime Minister of the People’s Republic of Bangladesh.”

He expressed her belief that “our cooperation based on mutual confidence and support will be further strengthened and deepened through our joint efforts for the benefit of our states and peoples.”

Mammadov wished the prime minister the best of health and success in her endeavors and friendly people of Bangladesh everlasting peace and prosperity.

“It gives me great pleasure to extend to Your Excellency my most sincere congratulations on your success in the parliamentary elections and re-appointrnent as Prime Minister of Bangladesh,” Jordanian Prime Minister and Defence Minister Dr Omar Al Razzaz said in his message.

He wished the prime minister and the new government all the success in her endeavors, looking forward to working closely with the PM to further enhance cooperation between the two countries and exchanges between the two peoples.

Tunisian Prime Minister Youssef Chahed in his message said, “On behalf of the Government of the Republic of Tunisia and on my own behalf, I have great pleasure in conveying your Excellency warmest congratulations and best wishes on your reelection as the Prime Minister of the People’s Republic of Bangladesh.”

He wished the prime minister good health, happiness and success in her current mission and also peace, progress and prosperity for the brotherly people of Bangladesh under the PM’s wise leadership.

“I also take this opportunity to assure you of our continuous efforts in further developing the existing fraternal relations and cooperation between our two friendly countries in a way that serves the common interests and hopes of our brotherly nations,” Chahed continued.