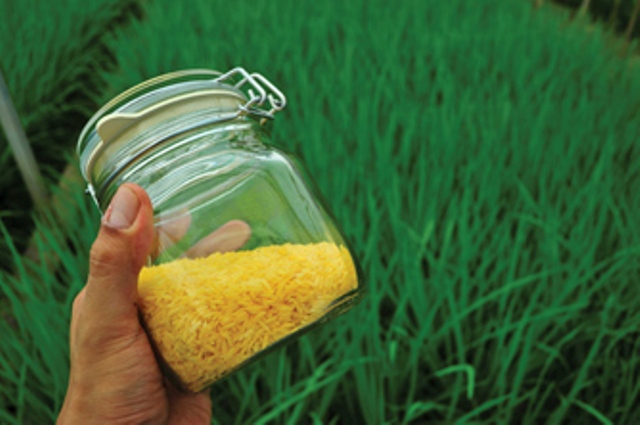 Bangladesh is going to release Vitamin-A enriched ‘Golden Rice’ variety soon with a view to eradicating the Vitamin-A deficiency in the country.

The IRRI representative in Bangladesh Dr Humnath Bhandari formally disclosed this while a seven-member delegation of the IRRI led by him called on Agriculture Minister Dr M Abdur Razzak at his ministry office here today.

“Agriculture ministry with the assistance from the International Rice Research Institute (IRRI) is going to release the golden rice shortly, ” said a ministry release quoting the IRRI representative after a view exchange meeting held with the minister.

The production of the golden rice would be similar to BR-28 and 29 and now the variety awaits the certificate by the Department of Environment and the variety will formally be opened for all after getting the environment clearance within two to three months, said IRRI sources.

At present, rice contributes 70% of the daily caloric intake of the Bangladesh population, while the national consumption of vitamin A is estimated at half the recommended daily allowance.

During the meeting, they also discussed on five years action plan on rice-based crop productivity rise.