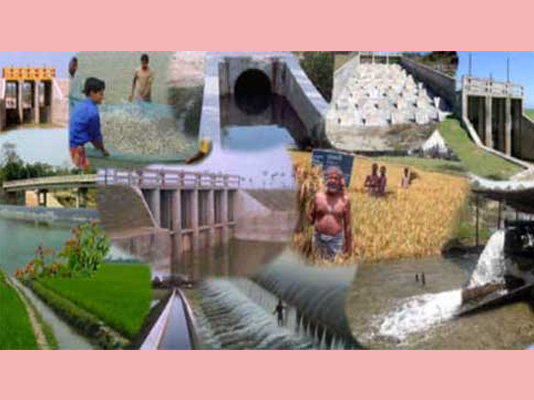 With about sixty five per cent population residing in the country’s rural areas and facing the dearth of urban facilities prompted the present government to embark on a multidimensional plan to equip villages with urban amenities.

Empowering the rural people to get a taste of urban life and their expectations to get use to modernity the government deftly has dwelt on turning villages into towns as envisaged in the electoral manifesto of Awami League.

Focusing on a multidimensional plan to turn villages into towns to enable rural people get urban facilities and create income-generating opportunities for youths has underpinned the notion of tasking planners, architects and engineers with developing a growth strategy for new towns.

Outlining the plan for turning villages into towns, LGRD and Cooperatives Minister Md Tajul Islam told BSS in an interview, that financial and administrative authorities will be decentralized up to local government bodies. “Cooperatives system in rural areas would be revamped to generate self-employments for youths,” he added.

In view of the present socio-economic context, it aptly seems pertinent that today’s Bangladesh’s survival depends on the well-being of its villages.

The rural Bangladesh has become a focal point for issues of national concern with the impact of high population and development on natural resources, lack of sanitation and its impact on health, water pollution from raw sewage and pesticides runoff and soil loss and desertification due to erosion.

The country’s policymakers are genuinely concerned with the urban areas continuing to absorb explosive population growth while facing a slew of uncertainties regarding health, safety, identity and preservation of cultures.

Tajul Islam said as per the electoral manifesto of Awami League to turn villages into towns, the government has started formulating different plans and boosting up previous ones to strengthen local government bodies to ensure transparency, accountability and raising people’s participation in every development step.

With a view to attaining the Sustainable Development Goals (SDGs) and alleviating poverty, the government would further boost up the cooperatives at villages and in remote areas across the country, he added.

“The LGRD and Cooperatives Ministry has been implementing different projects to reach urban facilities including health services, education, information and communication technology (ICT), recreation centers and other public services at the doorsteps of rural people,” Tajul Islam said.

He said Prime Minister Sheikh Hasina’s ten initiatives – – One House One Farm and Rural Saving Bank, Sheltering Project, Education Assistance Programme, Women Empowerment, Electricity to Every House, Community Clinic and Mental Health Social Safety Net Programme, Investment and Environment Protection – – are being implemented to turn the country into a middle income one by 2021.

Experts are of the opinions that communities and NGOs can work together to conserve the environment and ensure sustainable livelihood for people. Advancing technology can be regarded as one of the tools that can bridge the gap between the urban Bangladesh and the rural Bangladesh.

Poverty, illiteracy and unemployment and lack of science and technology, education and research amenities have been attributed to rural backwardness, they said.

Electricity, drinking water, health care and sanitation seek immediate attention. Information and communication technology sector has already begun to work. School dropouts need to be restricted and the people with less interest in studies would require developing skills and talents. Steps to empower the farmers with better agricultural techniques should be focused.

Tajul Islam said “Works are underway to set up 100 economic zones and mega projects are being implemented to create employment opportunities for 1.28 crore in the next 5 years.”

Tajul Islam said the government has upgraded Dhaka-Chittagong highway to a four-lane and works are underway to build bridges, culverts and other establishments to ease traffic congestion on the highway, known as the lifeline of country’s economy.

Under the South Asia Sub-Regional Economic Cooperation (SASEC) Road Connectivity Project, works are underway to upgrade the highways from Gazipur to Burimari land port in Lalmonirhat district via Tangail and Rangpur to a four-lane to connect the capital Dhaka with the northern districts, he added.

“Congenial education atmosphere for children, fresh drinking water and sanitation will be ensured in the villages while infrastructures will be built for sports and recreations,” he added.

Poverty rate will be reduced to 12.3 percent and that of extreme poverty to 5 pc, as per the election manifesto of Awami League.

“I have already given necessary instructions to different departments and authorities of our ministry, including Samabay Bank and Palli Sanchay Bank, to make more efforts for improving living standard of the people,” he added.

At present, he said, 4.92 crore people are getting financial assistances under social safety-net programme.

In the next five years, the number will be doubled and the amount of the assistance will also be increased to help cut poverty, he added.

Rural problems are manifold in nature but the solutions are very less. Technological advancements together with increase in literacy in rural areas are best tools to get over the prevailing problems.