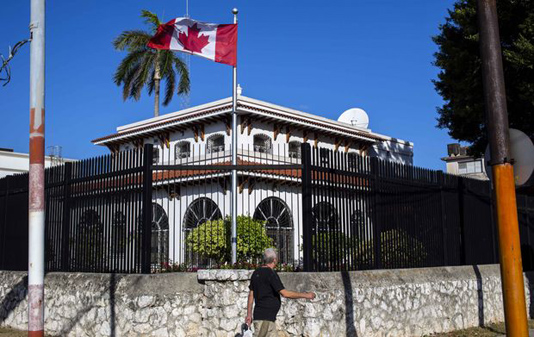 Canadian diplomats who suffered from mysterious health complaints while they were posted to Cuba in 2017 are suing Ottawa for taking too long to evacuate them and provide them treatment, reports said Wednesday.

Fourteen people, including current and former diplomats and their families,
are seeking Can$28 million ($21 million) in damages from the federal
government.

All of them have been back in Canada for a year but still suffer from what
has become known as “Havana syndrome,” a mystery illness with symptoms
including strong migraines as well as visual and auditory disorders.

According to CBC, which interviewed five of those affected, the first
symptoms appeared in the spring of 2017 — but they say that Ottawa waited
more than a year before helping everyone. Questioned on the subject on
Wednesday while she was in Washington, foreign minister Chrystia Freeland
said the safety of diplomats remained a top priority.

“I am not going to comment on the specifics, but I do want to reiterate
that I have met with some of these diplomats and, as I said to them, their
health and safety needs to be our priority and they have my true sympathy and
concern,” she said.

On January 30, Canada announced it had reduced its staffing at the embassy to about half as a result of the unexplained symptoms. Canadian public broadcaster CBC said just eight officials would be left at the embassy.