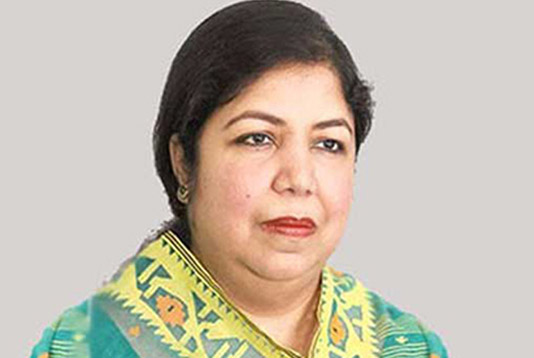 Jatiya Sangsad (JS) Speaker Dr Shirin Sharmin Chaudhury today said Bangladesh has been enjoying the golden time in terms of free flow of information as the scopes and activities of mass media have broadened here.

Speaking as the chief guest, Dr Shirin said the Broadcast Journalist Centre will help not only enhance the capacity and skills of its members and create job opportunities for them, but also support journalists to conduct research.

Information Minister Dr Hasan Mahmud and Prime Minister’s Press Secretary Ihsanul Karim, among others, spoke at the event with president of Broadcast Journalist Centre Rezwanul Haque in the chair.

Dr Hasan said broadcasting advertisements in foreign television channels through downlink is an offense and that is why the government will take tough measures to stop it.

The information minister urged the TV channel owners to provide salaries to the journalists and employees of their channels in time.

Media flourished significantly in the country in the last 10 years, he said, adding that media are working freely while several policies were announced to protect the interest of media workers.

Latter, a discussion on ‘broadcast industry: its potential and crisis’ was held at the conference.