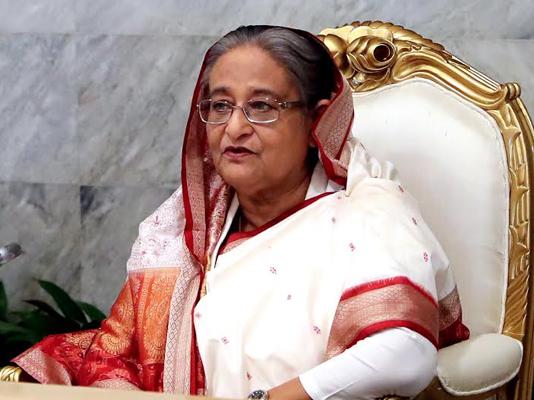 The cabinet today approved the National Hajj and Umrah Policy 2019 and the Hajj Package, 2019. The approval was given in the weekly meeting of the cabinet held at Prime Minister’s Office (PMO) with Prime Minister Sheikh Hasina in the chair.

The cabinet secretary said a total of 1,27,198 pilgrims, including 1,20,000 under the government management, will perform hajj this year. Validity of the passport of hajj pilgrims should not expire before February 10, 2020.

The government would send hajj pilgrims to Saudi Arabia under two packages. Total cost of first package has been fixed at Taka 4,18,500 including airfare of Taka 1,28,000, while cost of the second package would be Taka 3,44,000.

Every hajj pilgrim intending to avail train services have to pay additional Taka 24,981, while others have to pay Taka 19,025 as service charges.

Every private hajj agency can send minimum 150 and maximum 300 pilgrims to perform hajj this year which is likely to be held on August 10, 2019 subject to moon sighting in Saudi Arabia.

Under the package, the cabinet secretary said, a flight cannot carry pilgrims of more than three agencies. The expenditure of ‘Kurbani’ should be sent through Islamic Development Bank (IDB). This year the Saudi government enhanced the cost of ‘Kurbani’ to 525 Riyal which was 475 Riyal last year, he said adding that every hajj pilgrims must keep a 68 Riyal bank guarantee in favour of Saudi Hajj Ministry.

A Muslim who performed hajj more than two times or missed hajj even after getting visa, must give additional charge of 2,100 Riyal as penalty imposed by Saudi government.

According to the National Hajj and Umrah Policy 2019, the cabinet secretary said all hajj pilgrims must show national identity card or birth registration certificate to verify date of birth.

The policy says that all Umrah hajj pilgrims must meet the requirement of preregistration and Umrah agencies must submit the report on passenger arrival and departure to the government. A guide will be deputed for every 44 pilgrims instead of 45.

According to the new policy, all hajj agencies must send copies of the agreements of accommodation of hajj pilgrims before the month of Ramadan. The policy gives authority to the religious affairs ministry to appoint local volunteers to take care of the pilgrims.

Air and bus fares of the pilgrims must be paid through pay order in the name of the concerned airlines.

Under the new policy, the name of a registered pilgrim cannot be dropped from the list without his/her consent. A pilgrim must be eligible physically, economically as well as mentally to perform hajj, the new policy said. All intending pilgrims should pay their house rent, service charges and expenses of catering online.

According to the policy, the government can recruit hajj guides from Saudi Arabia and Bangladesh and the recruitment should be completed two months ahead of the beginning of the hajj flight. The guides must be efficient in Arabic language and their identity would be verified by the deputy commissioners.

The cabinet has given final approval to the “Prani Kalyan Act, 2018″ replacing the previous ‘The Cruelty to Animals Act, 1920”, which defined the duties of the owner of an animal to show positive and kind behavior and refrain from showing any cruelty.

The law prohibited unnecessary killing of an animal through applying poison or keep an animal tightened for 24 hours depriving it from movement. Violators of the law will be liable to six months of simple imprisonment or fine of Taka 10,000 or both. However, slaughtering of an animal according to religious customs and rules would not be considered as a cruelty, the cabinet secretary said.

Under the law, the Veterinary Council would be constituted with 22 members with representatives from the department of livestock, drug administration, fisheries department, Bangladesh Agricultural University, Chittagong Veterinary University, attorney general office and other stakeholders.

The cabinet secretary said the law asked the veterinary practitioner to perform duties with utmost ethical mindset and renew registration in every four years. Without any license, a person may be liable to three years’ imprisonment or Taka 2 lakh fine or both.

The cabinet also approved the draft of the Representation of the People (Amendment) Act, 2019 which has already been promulgated as an ordinance ahead of general election in 2018. The draft has been approved by the cabinet to make it a law.

The cabinet also approved the draft of the Bangabandhu Sheikh Mujibur Rahman Aviation and Aerospace University Act, 2019, which was promulgated as an ordinance in 2018 to start the functions of the university. The draft of the act has been approved by the cabinet paving way for parliament’s approval.