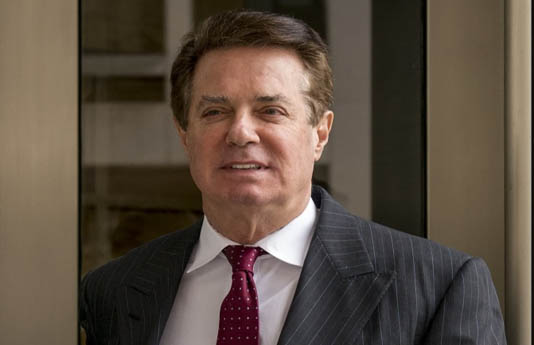 Former Trump campaign chairman Paul Manafort could face a much longer prison sentence than expected after a Washington judge ruled Wednesday that he had broken his plea deal with Special Counsel Robert Mueller’s Russia investigation.

Federal district judge Amy Berman Jackson agreed with prosecutors that Manafort had “intentionally” lied to investigators about his contacts with a suspected Russian operative, Konstantin Kilimnik in 2016 and 2017, despite having pledged to cooperate as part of his September plea agreement.

Jackson also ruled that Manafort had lied about a secretive payment he made to a law firm, and lied on another occasion when investigators queried him about a separate, still secret investigation related to the Mueller probe.

The ruling meant that Mueller no longer has to abide by the deal, in which Manafort agreed to plead guilty to two reduced conspiracy charges, carrying a maximum sentence of 10 years in prison.

It could also elevate whatever punishment arises from the 69-year-old’s guilty verdict in a separate jury trial last year in Virginia.

Mueller’s side is “no longer bound by its obligations under the plea agreement, including its promise to support a reduction” in Manafort’s sentence, Jackson said.

Theoretically that could mean Manafort is also vulnerable to new charges, though prosecutors have indicated they want to move quickly to sentencing and not spend more time on the case.

The breakdown of the deal set back what had been seen as a major success of the 21-month-old Mueller probe in turning Manafort into a possible key witness against President Donald Trump, his family and other top aides.

Manafort is one of seven former Trump campaign associates who have been charged by Mueller’s team.

He was convicted in August in a Virginia court on eight charges of banking and tax fraud related to his work for Russia-backed political parties in Ukraine between 2004 and 2014.

He was separately charged in Washington with money laundering, witness tampering and other offenses, which were consolidated into the two conspiracy charges in the plea bargain.

The mostly secret arguments over the lying accusations in between December and February bared tantalizing hints at possible collusion between the Trump campaign and Russia, the core of the Mueller investigation.

While he now faces spending possibly the rest of his life in prison, Mueller’s team and analysts say Manafort may have lied to protect Trump in hopes of getting a pardon.

Telling the truth would have “negative consequences in terms of the other motive that Mr. Manafort could have, which is to at least augment his chances for a pardon,” one of Mueller’s prosecutors told the court.

“I think Paul Manafort is protecting deep, deep secrets that if he told them, would probably put himself and his family and the president, his best chance at a pardon, at risk,” Democratic Representative Eric Swalwell told CNN Thursday.

In a November 28 interview with the New York Post, two days after prosecutors accused Manafort of breaking the plea deal, Trump left the possibility of a pardon dangling.

“You know this flipping stuff is terrible,” he added about Mueller’s efforts to get people like Manafort to cooperate.