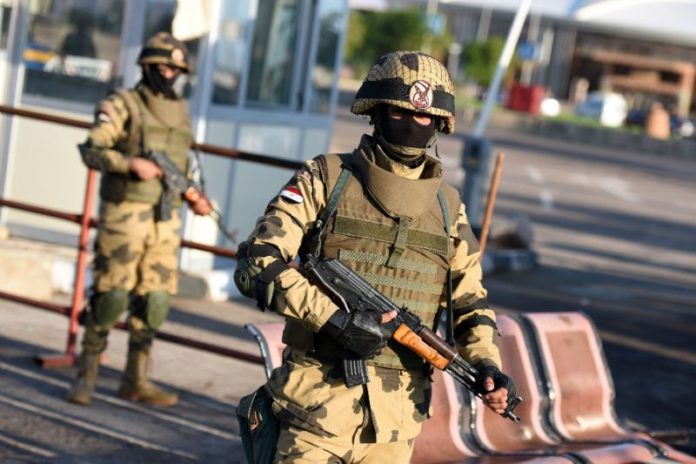 Egypt’s army said Saturday seven suspected jihadists were “eliminated” and 15 soldiers killed or wounded in an attack in the Sinai Peninsula, where troops are fighting the Islamic State group.

Security forces responded to the attack on a checkpoint in restive North Sinai with an “exchange of fire”, army spokesman Tamer el-Refai said in a statement.

“An officer and 14 non-commissioned soldiers were killed or wounded,” he added, without giving a precise number for the dead.

Medical sources in North Sinai told AFP that 11 soldiers were killed in the attack.

Security forces would continue to pursue “the terrorist elements to eliminate them”, El-Refai added.

Egypt often announces that jihadists have been killed in military operations, but statements that security forces have suffered significant losses are very rare.

Since the army’s overthrow of elected Islamist president Mohamed Morsi in 2013, hundreds of soldiers and police have been killed in attacks by extremist groups.

Egypt’s army launched an offensive a year ago dubbed “Sinai 2018” on the orders of President Abdel Fattah al-Sisi, after a jihadist attack in North Sinai killed more than 300 people at a mosque.

The army says that more than 550 suspected jihadists have been killed in the offensive — which has also targeted militants elsewhere in Egypt — at the cost of more than 30 soldiers.

But no independent statistics are available and the North Sinai is largely cut off to media and foreigners.